Challenge the star: can you do the dog style variant of Wang Ziwen’s Yoga?

Today, I’d like to talk about the variations of yoga postures 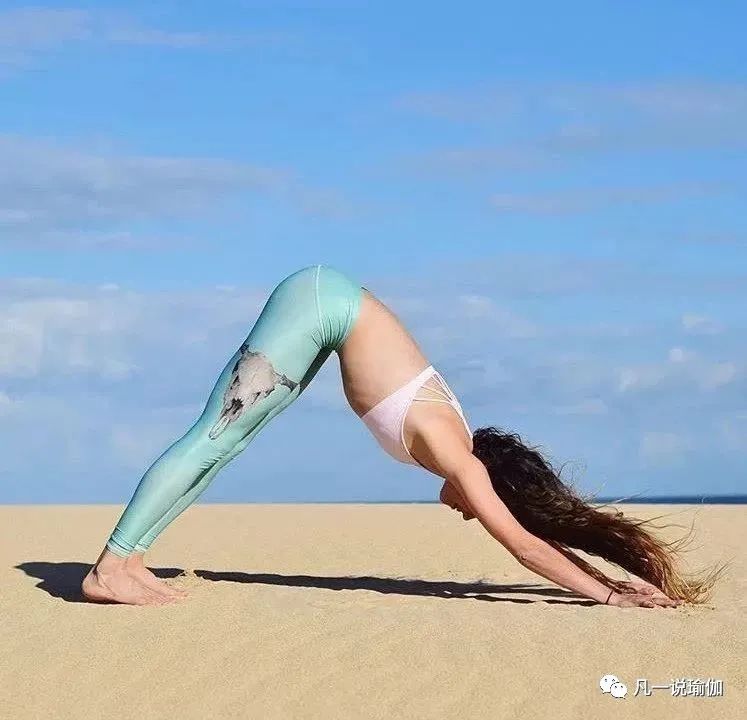 No matter how you connect and convert yoga postures, at least one of your hands and feet should be used as the foundation (I suddenly thought of the inverted standing with only the head on the ground)

In fact, the variants are the same

The simplest example is to raise a leg, and then add changes in the spine and hip joint, which can evolve into a lot of variants

Some people may want to ask why there are variants? In fact, you can practice yoga without variants

For example, there are no variants in the sequence of practicing Atang

However, existence is reasonable, and variants have reasons for their existence

We always say that yoga is magical

The part of the variant that changes will lead to the change of the effect of the original posture, which will strengthen or weaken a certain effect

Take the following dog style as an example, let’s take a look at all kinds of variants of the lower dog style

How many variants have you seen and how many can you complete? This is also the most common variant of the lower dog, also known as the one legged lower dog, with one base off the ground and one leg up

Difference: the left side turns the hip, the right side does not turn the hip

In many postures, crotch flipping can not be called wrong, it can only be called a variant, because it does not violate the direction of motion of the hip joint

But there’s one thing about the crotch turn: make sure the opposite side doesn’t get squeezed

This variant was originally hip flexion

If the hip is turned over, the hip external rotation is added

Lower dog variant 2, the two below are changed on the basis of the lower dog with one leg, bending knees and supporting the ground with one hand

As I said just now, turning the crotch is not a mistake, it’s just a posture

We say that the lower dog is an inverted v

the arms and shoulders and hips are in a straight line

It is obvious that he is not in, does not violate the direction of joint movement, and does not add extra burden to the lumbar spine

Down dog Variant 3, below, these two are put together because they are both caused by raising a hand

The left side should pay attention to the balance of the body, and the control requirements of the two core boxes are more

A twist is added to the right side, which requires greater flexibility of the shoulder joint

The next dog variant 5

Both strength control and flexibility are needed

Originally, I wanted to put them together

It needs a strong hip flexion ability, the toughness of the back of the leg, as well as arm strength and core strength

In the figure below, one bends the knee, the other does not bend the knee, but no matter which way it is, it is absolutely very sour to extend the sole of the foot

In these two pictures, the toes are hooked back and the sole is stepping on the ground

Another variant is similar to this one, except that the instep is straight and the front of the toes is on the ground, and the instep ankle extension is also very sour

Down dog variant 8, below you are right, this is the prince text

I have to say, I think Wang Ziwen is the closest female star to the state of Jiaren among the Yoga stars I know

She just likes to practice yoga, and then improves her posture like ordinary Jiaren

She’s happy and takes a photo

It is very simple to look at and difficult to do

Give yourself a chance to challenge the big stars: can you do the dog style variant of Wang Ziwen? Down dog variant 9

The following figure shows that the dolphin variant is more suitable, with higher requirements for the flexibility of the back side of the body and the forward bending ability of the hip joint

How many different types of hound variants can you make? In particular, Wang Ziwen sun of this, if you have more clever under the dog style variants, welcome message attention Fanyi, share health and beauty!.