Click “the road of Ashtanga Yoga” above to subscribe! The core of yoga is that yoga practice can bring “transformation” to practitioners 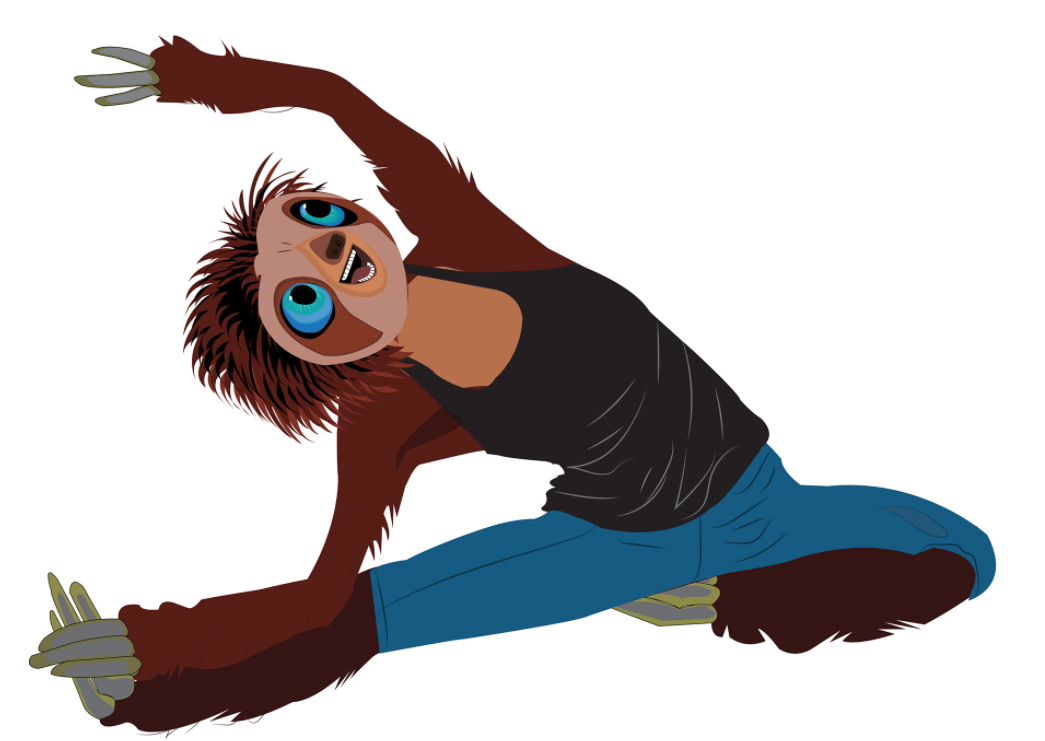 We all come to practice yoga in order to change something, that is, we all have one or more “small goals” when we start yoga-   I want to bring changes in a certain level through yoga practice 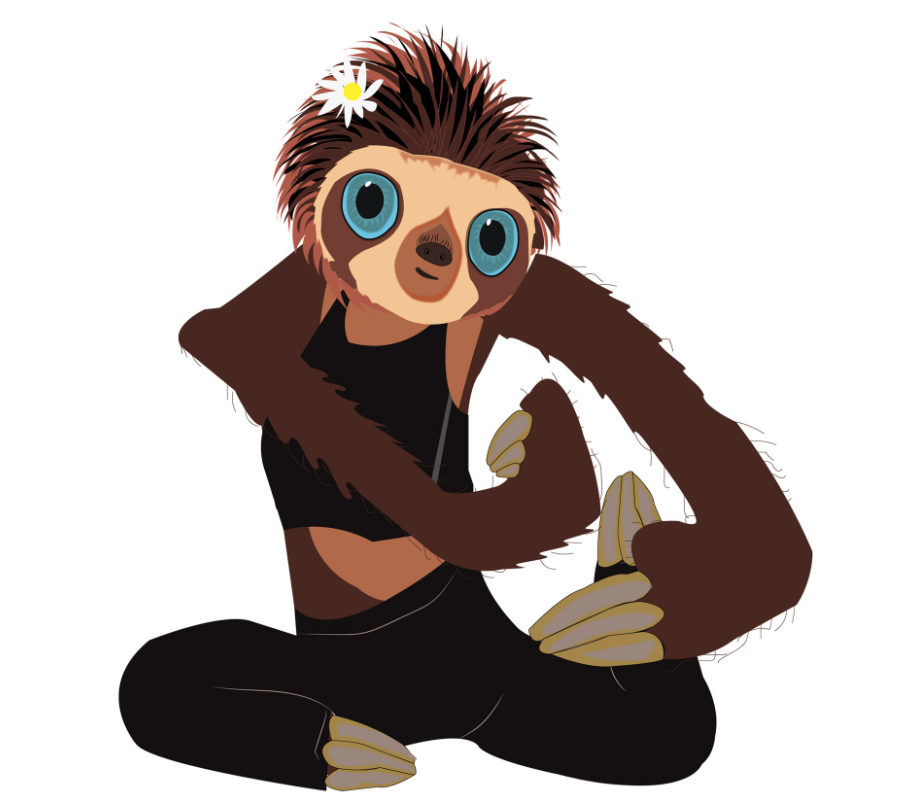 At the beginning, these changes are more physical or spiritual 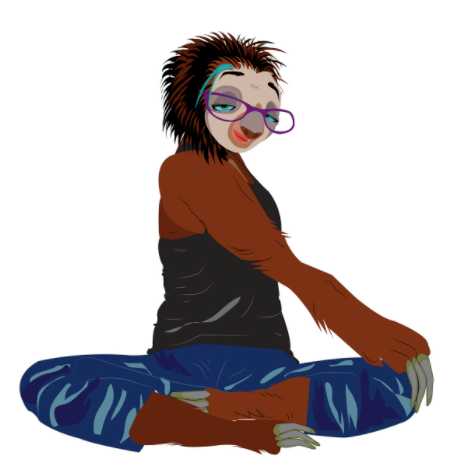 No problem, who doesn’t want to be healthier through yoga practice at the beginning, The mind is more peaceful

But how does yoga change us? For the hard core practitioners who have entered the “pit” of yoga, the practice of long-term self-discipline has brought profound changes to people and life, that is, the so-called “transformation” – so how can Yoga bring long-term and profound changes to such practitioners? People’s thought, emotional state and brain are related to the physical process of the body; The physical pull of the body brings about changes in perception, endocrine (see yesterday’s article) and brain biochemistry

All body movements can lead to certain changes in brain state

People’s body and mind are connected like two sides of a coin: mental pain can lead to physical pain, and we can also use physical comfort to relieve mental tension

According to the classical theory of yoga, body and spirit are not different from each other, but integrated; Material and spirit are separated only by words-   In fact, material is rough spirit, but spirit is only subtle material; The body also has memory and thought

It is a big and broad brain, and the brain is also a body – a subtle body; Human experience can transit from the clear awareness of the physical process of the body to the thought process of the spiritual level, and then into the unconscious subconsciousness

In fact, what we can perceive at the physical level and realize at the ideological level is just a corner of the sea, while the unconscious part is like most icebergs diving into the sea floor

Breathing – the meeting place of body and heart, there are many processes in our body that support life and key physiological functions, which are not above the sea of iceberg, that is, they are not within the scope of our consciousness – we don’t need to think, realize and operate;   For example, heart beat, blood circulation, endocrine, digestion and excretion process..

At first glance, breathing also belongs to the previous kind of unconscious biological process, but think again: breathing may be unconscious in many cases, but sometimes we can consciously control breathing

Most of the time, we let our breath be unconscious

We don’t control our breath and we don’t realize the rhythm of our breath; In fact, when we are aware of breathing, we often encounter some problems – for example, there is not enough oxygen in the environment to breathe; Or severe hypoxia

But if we pay attention to the relationship between breathing and the emotional state of the body, we will find that breathing directly affects everything we experience

Breathing is always related to the real situation we are aware of, and also to our unconscious state – breathing is like a measuring table, which can always accurately reveal a person’s mental state

Whether we are experiencing tension, sadness or depression; Or joy, joy, peace..

If we fall into some kind of chronic mental state, it will also let us subconsciously control our breathing

For example: when a person is depressed, he will always sigh unconsciously – that is to say, he will stretch out his breath and feel embarrassed when he inhales; A person with chronic tension breathes faster and shallower, as if he is unable to breathe

According to the Classic Yoga literature “light of Hatha Yoga”, the brain follows up when breathing moves; The brain moves, the breath follows

In this way, when the breath is repaired and controlled, the brain is also cultivated and controlled – and such a process is yoga, real yoga, yoga in the classical literature – a biological high technology handed down by our ancestors

This kind of high technology is the essence of yoga

In the process of postural practice, we can repair the breath, so as to get closer to the deeper and more subtle human experience and the understanding of ourselves and all things

And breathing should be as smooth as possible, with no pause between inhalation and exhalation

Deep, long and even breathing brings the brain state of calmness, relaxation and concentration – these are the sharp tools that human beings need to overcome the challenges

In such a state, it challenges the practitioner’s ability to control the breathing (and thus the physical and mental state)

Therefore, do not simply understand yoga postures as concave bodies

Most yoga postures are double challenges at the physical and brain levels – in any position where the body has never reached in its daily actions, we are experiencing more than physical challenges, And that includes the brain’s resistance to insecurity and instability – all of which are clearly shown in the breathing patterns of the practitioner

When a posture brings tension to a certain part of the body, the body will also activate fear or other emotional content

If breathing becomes very tense, the body will multiply these mental states

This is that if we do not repair breathing, postural method will not make any progress – even unreasonable breathing will solidify the wrong practice mode and enlarge the physical and mental diseases  – Because if our wrong breathing continues, the practitioner will experience the same pain all the time

But when we overcome the biological instinct of wild breathing and projection of mental state of breathing, through practice to maintain a smooth and even breathing, then the real transformation of physical and emotional boundaries becomes possible

The “silky smooth” breathing is the secret of all postural exercises

Smooth, stable and even breathing is the lubricant of postural practice – such breathing can start the fine movement of the body and maintain the concentration and stability of the brain

In yoga postural practice, it is the ticket of postural method to straighten out breathing first, and it can also keep safe practice and reduce physical and mental injury

Breathing reprogramming brain everyone has a specific brain programming (in the slang of yoga, karma) – when we are faced with a certain or a group of specific environmental stimuli, everyone will produce a certain special response, and harvest a certain “cause and effect”; Everyone has a unique set of karmic programming that allows us to experience everything we experience in the world.