What is Hatha Yoga?

Click “Ashtanga Yoga road” above to subscribe! In the Yoga market, the most common Yoga course name and yoga type belong to Hatha Yoga 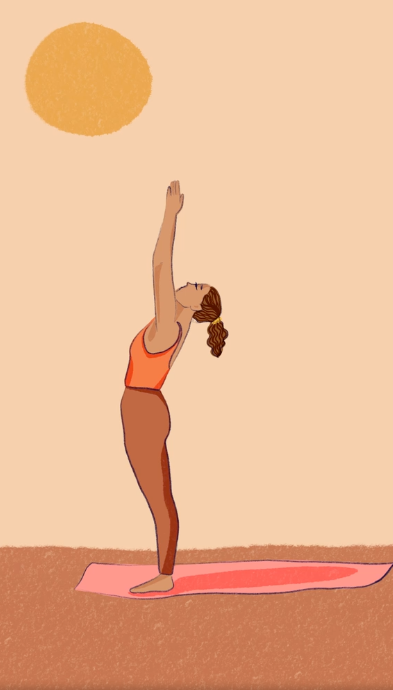 “Hatha” yoga comes from the translation of Sanskrit Hatha, which means to adjust and balance the energy of Yin (Moon THA) and Yang (Sun HA); The simple understanding is to activate the relative energy of the body and make it tend to balance through the physical practice of yoga asana

However, some scholars say that hatha yoga was originally meant to be active yoga

In fact, I prefer this statement – because it is a little mysterious to romanticize from the term of yoga and say something about the subtle connotation of energy that needs to be discovered by awareness

It is better to understand Hatha Yoga as a “life” that needs to work hard every day, So much grounding – this understanding of Hatha Yoga will prompt practitioners to “work” every day-   Yoga really starts with such a simple thing

It is very daily and requires efforts

There is no mystery and romance..

We often hear yoga teachers say this: Yoga is not a merit box

You can invest money

You have to practice- Hatha, Hatha, it sounds like a wake-up call, calling you to get up early, stand up for yoga and “work” with self-discipline

In the Yoga Sutra, Patanjali is described by kriyayoga

The word comes from the root “kri” – meaning “do it” – you can almost regard kri as a synonym for Hatha; But later, the meaning of the word has evolved

All yoga that practice movements, It’s all Hatha Yoga

Maybe you are a little confused

You buy a “vegetable” blind box, of course, it’s also a vegetable; The “Hatha” yoga class in your library is a blind box for outsiders

Unlike you practice ah Tang, you can continue your ah Tang practice in another field, rather than the blind practice from “blind box” to “blind box”

Although everything can be a blind box, not all types of Yoga belong to it; The extension of yoga is going to be big

Hatha is only a small part, and there are many non Hatha Yoga

For example, in the Yoga Sutra, it is mentioned that in addition to Hatha, there are Jnana (wisdom Yoga – Yoga of thinking and rational thinking), bhakti (worship yoga) and karma (karma yoga)

Etc., but why are these placed in a large yoga “family” with God nagging things such as Jnana, bhakti and karma? Is there something in common between stretching the waist and praying to God as a volunteer? Here is a very interesting knowledge point,   The Sanskrit word yoga in Chinese is so common in the market that we don’t think carefully about what the meaning of yoga is

But returning to the classics of yoga, yoga actually means two levels: Yoga – is a specific practice method, such as Hatha, Jnana, bhakti and karma, is the path to somewhere, yoga – is a certain state to be achieved and the end point of various paths; For example, samadhi state, meditation state; Simply put, yoga is to control the brain; This is also the mantra of Ashtanga Yoga Guru Guruji Joyce: yogaismindcontrol

In this sentence, Guruji said not the method, but the result to be achieved; It’s not the road to take, but the end to go

After mastering this knowledge, we return to the question “why do Hatha, Jnana, bhakti and karma belong to the big family of Yoga?”; This problem is easy to understand, because it seems that the methods are quite different, but these four are the “Yoga” road described by patangali in the Yoga Sutra (the first meaning of yoga), which can lead to the end of “Yoga” – mindcontrol to control the brain (the second meaning of yoga)

You might ask, why are there four paths? Which of the four is more sacred? Why is it so common to practice ha? My personal understanding is that no one is more holy than the other; Because the personal factors such as karma, personality and physical condition of all living beings in the world are often different, the choice of path varies from person to person, and each kind of yoga is unique due to personal karma

Hatha Hatha is popular in this era

It may be that our sentient beings are not clean enough at the physical and spiritual levels, so we should “work hard and work hard”; Collective karma is like this

In the end of the law, we can only take up the important task by working hard

But the most important thing is, no matter which path we take, I hope we don’t get lost on the way; Don’t give up the basics and fall into the trap of the roadside because you are greedy for the wild flowers on the roadside; We should know that we practice “Yoga” (the first meaning above) for the purpose of “Yoga” (the second meaning above) – practice to limit all kinds of clutter of the brain by focusing on the posture

As the practitioners become more and more calm, expel all kinds of spiritual poisons, eliminate ignorance, and let our wisdom surpass animal instinct, Let our minds be free from the past and the future

Finally, let me conclude this article with the teaching of Krishna God in the Yoga Classic Bhagavad Gita.