Yoga Sutra patangali –    The following is the text version of the audio   — —  Audio finishing   by   Wang Lu   — Hello, dear friends from the international vini yoga group! I’m very happy to come back here and continue to share with you. 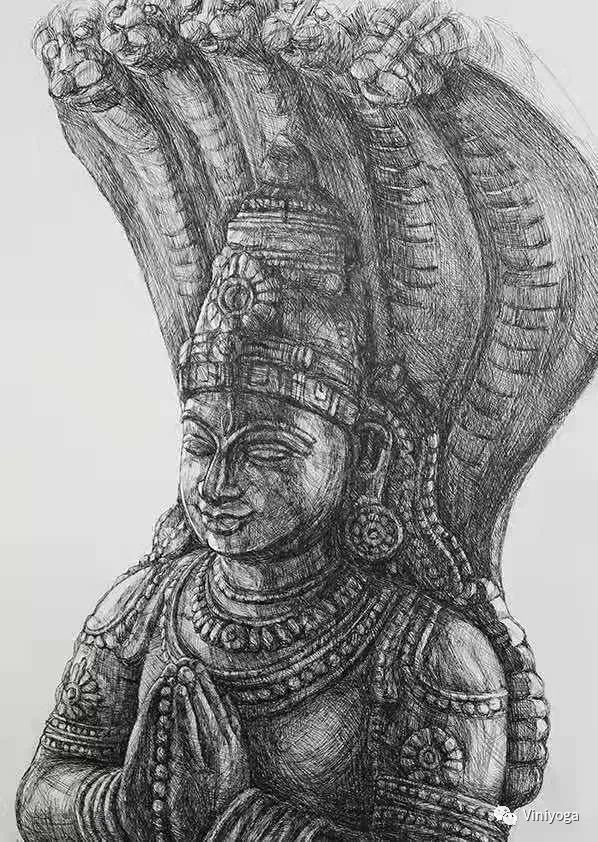 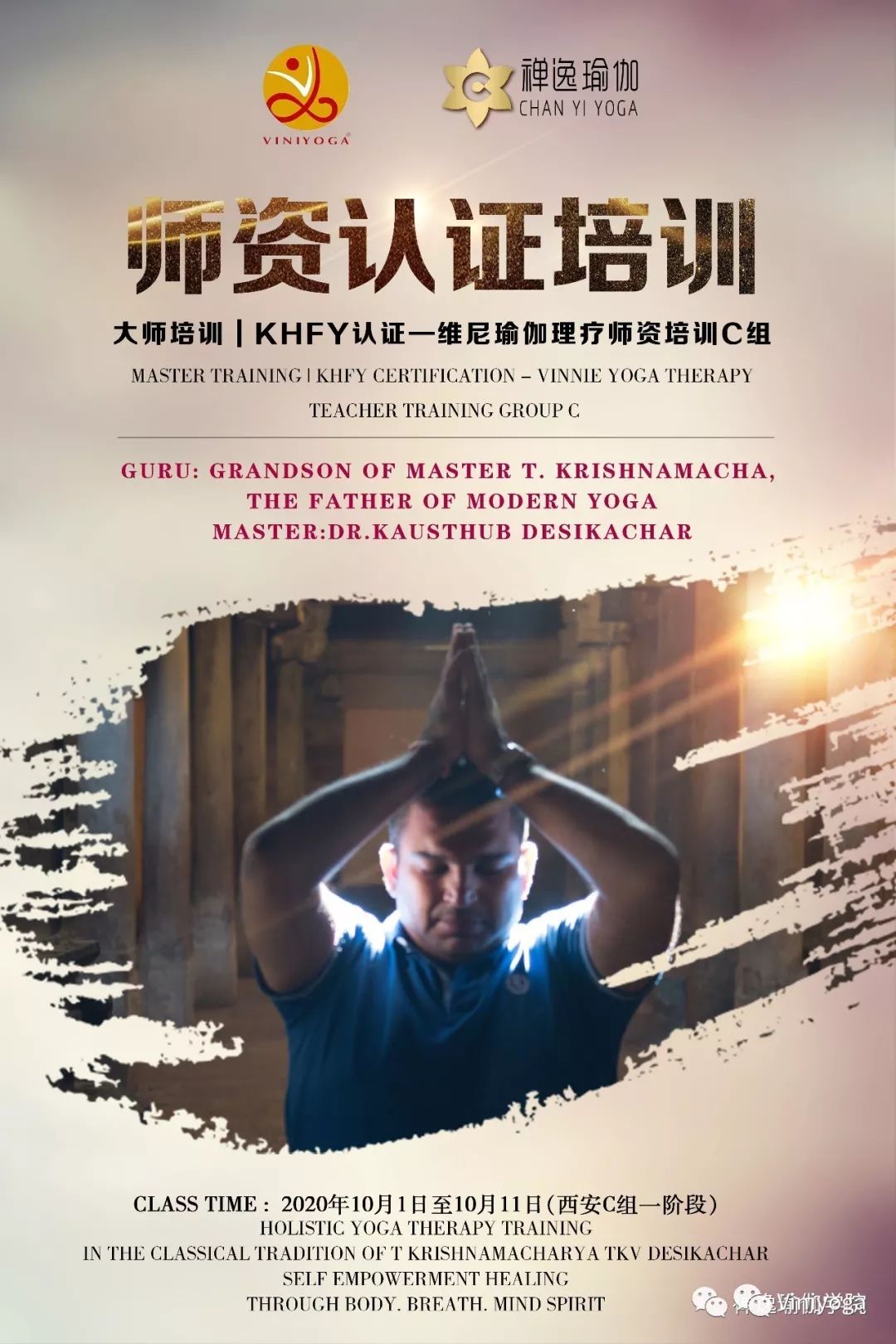 What we’re exploring now is the Yoga Sutra from patangali. 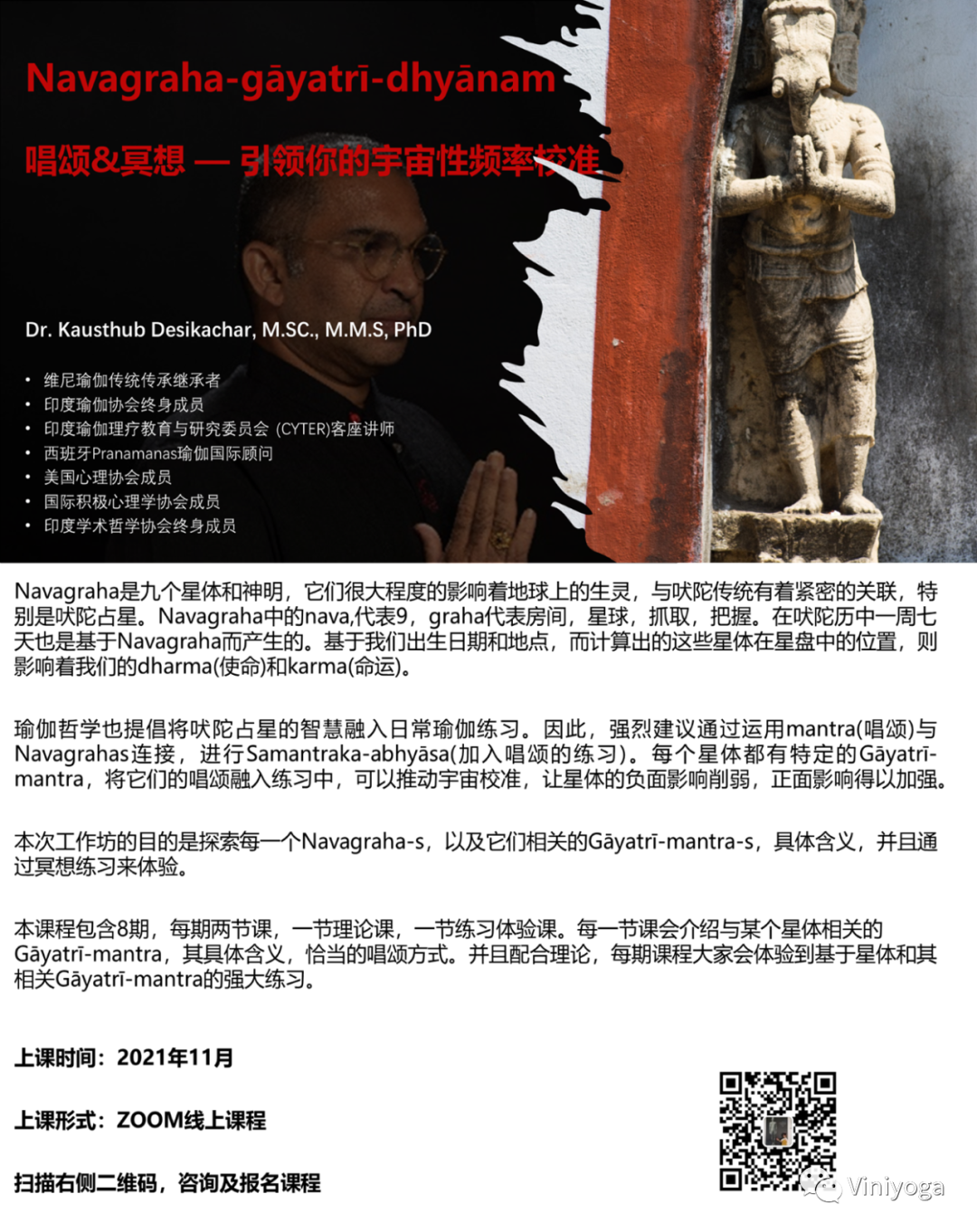 These teachings are also based on TK ṛ ṣ ṇ am ā ch ā Vini yoga tradition inherited by RYA and tkvdesikachar.

Today we are going to discuss the Scriptures in Chapter 2, verse 25.

In our previous discussion, I mentioned that in order to achieve kaivalyam, that is, to get rid of pain, patangali described a four-step model for us.

In this passage, the third step of the four step model is presented, which is called H ā Na ṁ, that is, the goal and the end point.

In the previous verse, patangali told us that the SA ṁ Yoga between puru ṣ A and Prak ṛ Ti, that is, the intimate relationship between them is from avdiy ā， That is, out of ignorance.

Prak ṛ Ti cannot know his nature, because it is jadatattva, it is unconscious; Puru ṣ a has not yet known his own nature and the purpose of Prak ṛ Ti, so there is such a SA ṁ yoga.

This is also due to avdiy ā， That is, a non viveka, non Qingming state.

So how can we be free? Only when avdiy ā When removed! Tad ABH in Scripture ā v ā t.

In fact, it can be extended to TAD avdiy ā abh ā v ā t.

It means when that avdiy ā， When that ignorance disappears, or when avdiy ā When reduced, that is, when such avdiy ā When it is replaced by Qingming cognition.

Therefore, it is clear that when the wrong cognition and knowledge are removed, they will not be in a state of no knowledge or emptiness, but will have correct cognition and correct knowledge.

This state is called viveka KHY ā Ti, viveka will be explained in detail in the next verse.

That is sa ṁ Yoga ABH in the Scripture ā v ā t.

SA ṁ yoga is the intimate relationship between puru ṣ A and Prak ṛ Ti, which is based on false cognition, and it will be removed.

In other words, it will be replaced by another correct relationship based on correct cognition and correct boundary.

At that time, puru ṛ a would regard Prak ṛ Ti as a tool or way to realize his Dharma, rather than being restrained by Prak ṛ Ti, take Prak ṛ Ti as his own master and go in the direction Prak ṛ Ti wants to go.

We need to understand and present this Scripture in this way.

H in Scripture ā Na ṁ refers to the goal and end point, while H ā Na ṁ kaivalyam means that our goal and destination is to reach kaivalyam, that is, kevalibh ā v ā ḥ。 This is the first time patangali uses the word kaivalyam in the Yoga Sutra.

kevalibh ā v ā ḥ it refers to a state that will not be disturbed by anything at all.

The subtlety and importance here is that kaivalyam is for puru ṣ a, that is, D ṛ in the Scripture ś The word e ḥ means for D ṛ ṣ ṭ A.

As mentioned in the previous chapter 2, verse 22, if Prak ṛ Ti completes the mission or role of a puru ṣ a, it will serve other puru ṣ A.

therefore, Prak ṛ ti will never have a free state, it will always serve one or other puru ṣ a.

Puru ṣ a can be free.

When a puru ṣ A is free, it will be called muktatma.

It means the liberated self, and it will no longer be baddhatma.

It means the bound self, that is, the limited consciousness.

Once it is liberated, it will become muktatma, the consciousness of freedom and liberation.

Therefore, we must remember here that the liberation mentioned by patangali is for puru ṣ a, not for our mind, nor for our senses, nor for the body, because they all belong to Prak ṛ ti.

Puru ṣ A and consciousness have been liberated.

So this verse is very important because patangali tells us that our goal is kaivalyam, that is, the highest state, which is aimed at puru ṣ a.

Only in this way can we get liberation.

This is a very profound verse, showing us the third step of the four step model and telling us that the goal is kaivalyam.

Namaste, dear friends, see you next time    E   N   D   — Vini yoga will gradually hold a series of activities and courses in China.

Vini yoga will launch an online workshop – “singing & Meditation” in November 2021  —  Lead your cosmic frequency calibration course, by Dr   Kausthub   Given by desikachar, scan the QR code below for more information.

The first international certification training of Vedic chanting is also in the process of registration.