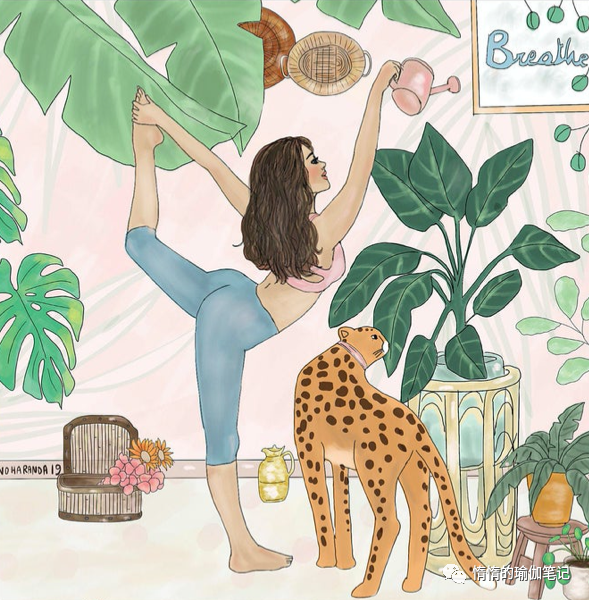 This is a column about the story of Yoga people, the protagonist is you, me and him

If this story can touch your heartstrings, even for a moment, it will be enough    One afternoon in the spring of 2008, Ms

Wang accompanied her son to the gym for exercise

Under her son’s persuasion, she had a private yoga class

In the course of 50 minutes, Ms

Wang just did simple joint movement, standing, side bending and relaxing postures, and then felt her whole body was very relaxed

After practicing yoga for a month, Ms

Li to take Yoga lessons for her seriously ill father

He had just finished the 8-month physical therapy training

Wang’s father, he was a little weak

“ I suddenly have a firm belief in yoga, I must learn

When others ask you, I have a special sense of responsibility because of the trust and the pleading eyes

I must learn yoga physiotherapy well to benefit more people

Yoga is not a myth

It failed to save the life of Ms

Wang’s father, but it made his cough well controlled during the practice

On the way to study Yoga physiotherapy   In 2003, the outbreak of SARS, fitness boom in the civil rise

Because she hurt her shoulder when working out in the gym before, Miss Li began to contact with yoga, and has made an indissoluble bond with yoga ever since

While practicing and studying by himself, he worked as a part-time yoga instructor in the gym

Li paid more attention to yoga related subjects, such as physiology, anatomy, psychology and so on, in order to be useful after graduation

In addition to the theory course, Mr

“ The key of Yoga physiotherapy is that we should learn to see a doctor, not just sell ready-made medicine, so the method is very important

That’s how to teach them to fish

I think there should always be a link between teachers and students, from the course period to the end of the course

If students have problems, they can continue to consult with teachers, which is also a kind of learning for teachers, and students will also gain

He pays more attention to finding the cause of disease, learning and using it flexibly, rather than just teaching students several suitable postures

Li has completed more than 30000 hours of teaching

It is adhering to the rigorous and serious attitude that Mr

Li has become the most popular yoga teacher of Uji yoga, and has cultivated many excellent yoga teacher reserves in the field of Yoga physiotherapy

In addition, in her spare time, Li also studies nutrition, traditional Chinese medicine, the book of changes and so on

Li’s opinion, these are all comprehensive knowledge

Learning more is always beneficial to his yoga practice

Their teaching philosophy is people-oriented, not only teaching style, but also teaching people to change people“ To keep loving and curious has nothing to do with years

” This is the belief of the founder

Yoga physiotherapy is a kind of therapy

Teacher Li pointed out that most of the people who try yoga physiotherapy are those who are uncomfortable with their shoulders, neck or back

In the past two or three years, many students have listened to the doctor’s advice to practice yoga

This is a great change from a few years ago, when doctors suggested that people with poor shoulder, neck and lumbar spine should stay still

It seems that the public is evolving in accepting Yoga physiotherapy

Even so, many people are still skeptical about yoga therapy

In this regard, Li’s explanation may allow us to re understand the meaning of Yoga physiotherapy

“ Yoga therapy is to heal people, not diseases

The human body has a good ability of self-healing

But we always don’t give ourselves time to repair our bodies, such as staying up late, working overtime and playing games when it’s time to go to bed

After a long time, the body is overdrawn

Yoga can make people calm down, do self-care, pay attention to the body parts, when this part in a reasonable way of life, it will make self adjustment

The doctor will put on a plaster

After a certain period of rest, the leg will grow well

”   The World Health Organization (who) survey shows that only 5% of the total population are healthy people in the world; 20% of them were diagnosed with diseases, and 75% of them were in the middle of health and diseases

Li believes that the physical problems that sub-health people usually encounter, such as insomnia, backache, leg pain, or bad mood, can actually be cured through yoga

Although Yoga physiotherapy has a magical effect, its effect can not be exaggerated

When the body is not timely, people still need to see a doctor first

If the symptoms are not serious enough for doctors to diagnose and treat, it means that the person belongs to sub-health population

At this time, it is a wise choice to choose yoga from sub-health to health

Everyone is suitable to practice yoga

In addition to busy teaching, teacher Li will also adhere to daily self practice

For yoga, teacher Li’s understanding is that “yoga can change people from the inside to the outside, including the whole life, diet, internal values and so on, and this person will change

From the external point of view, the person is in good health and looks radiant

From the internal point of view, the person’s heart begins to change and the whole person becomes better

”   When it comes to the public’s understanding of yoga, Mr

Li thinks that changes have taken place in recent years

When it comes to yoga, you just need to put your legs behind your head

As a teacher, we should have the ability to find the pain points of the practitioners, and then lead them into the world of yoga, just as Miss Li met Ms

After a simple inquiry, after understanding Ms

Li chose several simple yoga postures to suit the remedy to the case, which made Ms

Wang realize the magic of yoga

Teacher Li’s love for yoga is also reflected in his understanding of yoga through every bit of his life《 In fact, the contents of Yoga Sutra can be explained by life“ Every day’s life is related to yoga

Whether it’s cooking, watching TV series or watching movies, you can gain some knowledge of yoga from it

” It seems that teacher Li does not regard yoga as a profession, but as a hobby

Because he likes yoga, he will go all out.