The ring tailed lemur is known as the sun worshipper

Ring tailed lemur is an animal of primate, Lemuridae and lemur genus 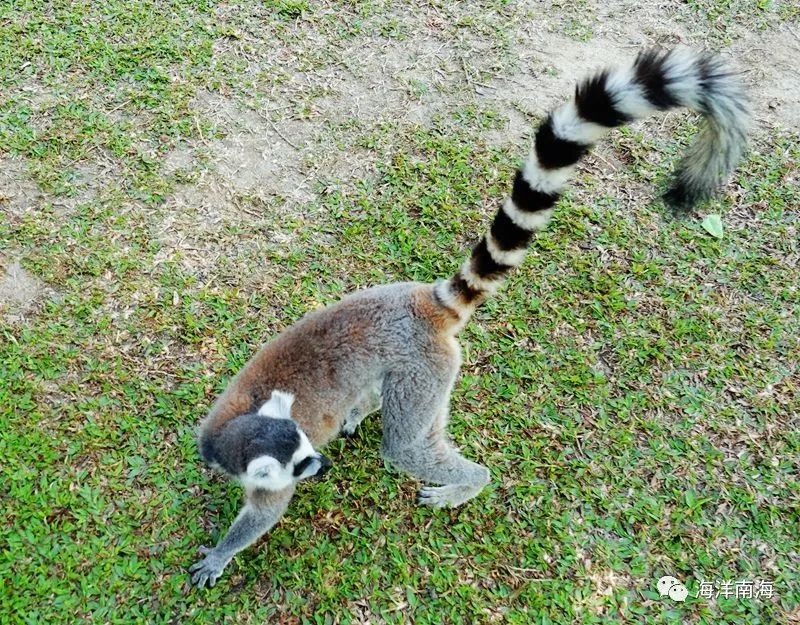 The head is small, the forehead is low, and the ears are large 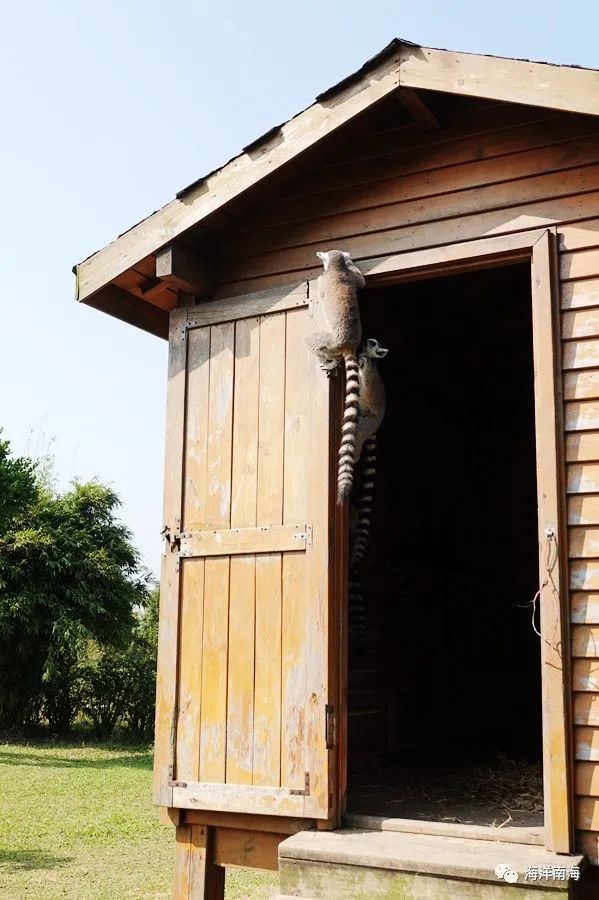 Both ears have a lot of hair 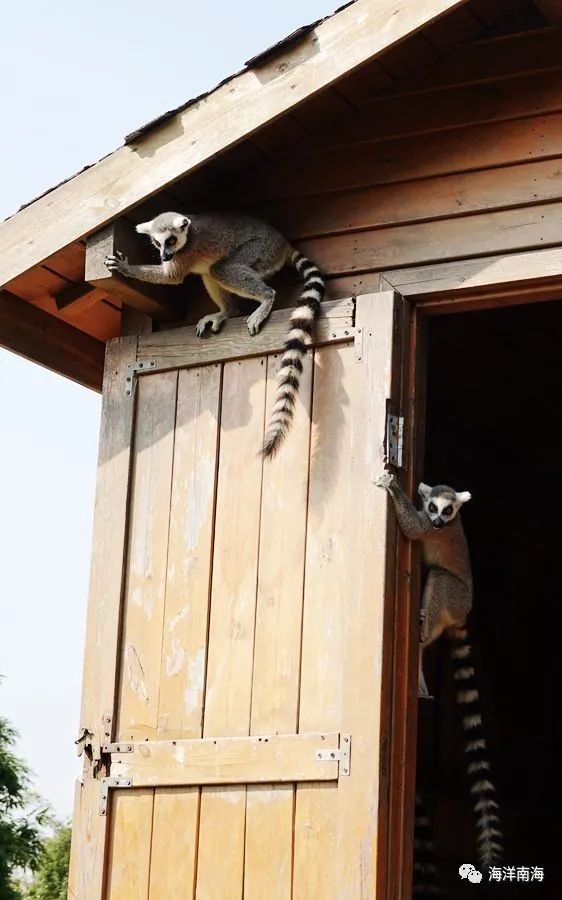 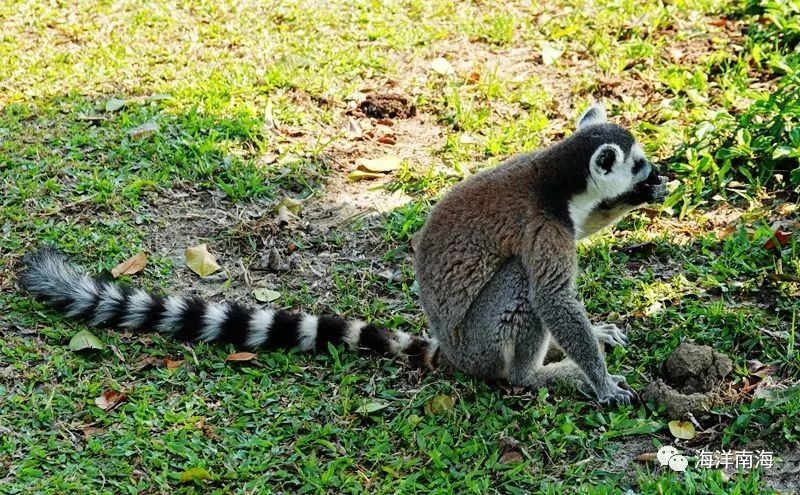 The kisses are long and protruding, and the lower incisors are comb shaped, making the whole face look like a fox 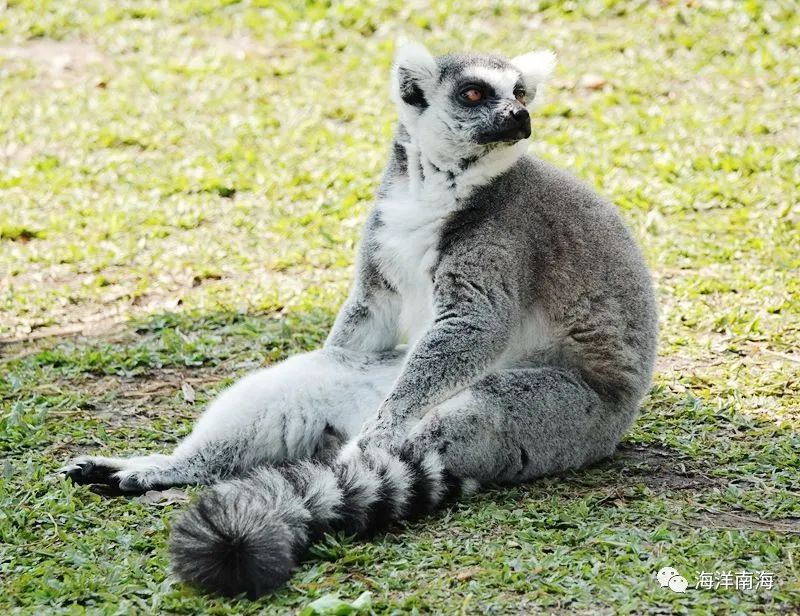 It is named because of the link markings on the tail 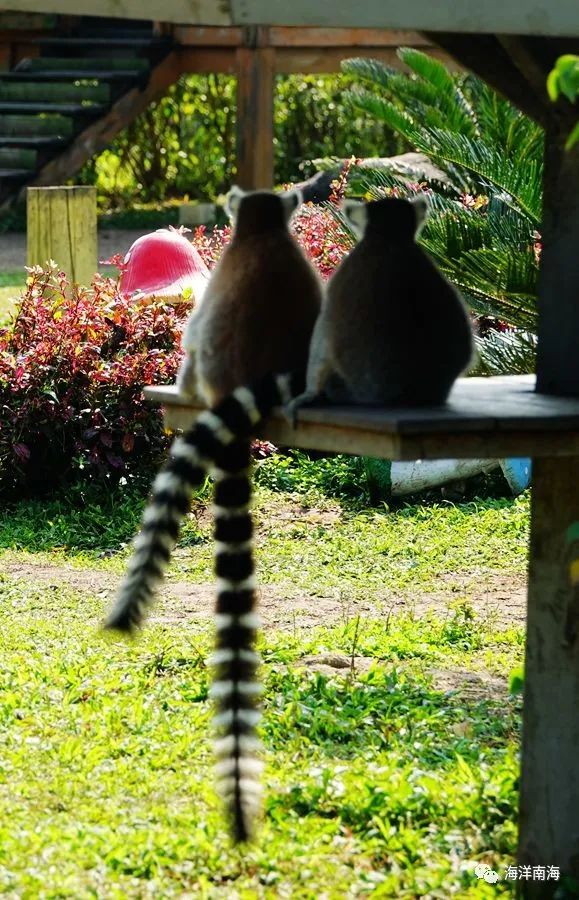 Its body is more like a monkey, back hair is light gray brown, abdomen is gray white 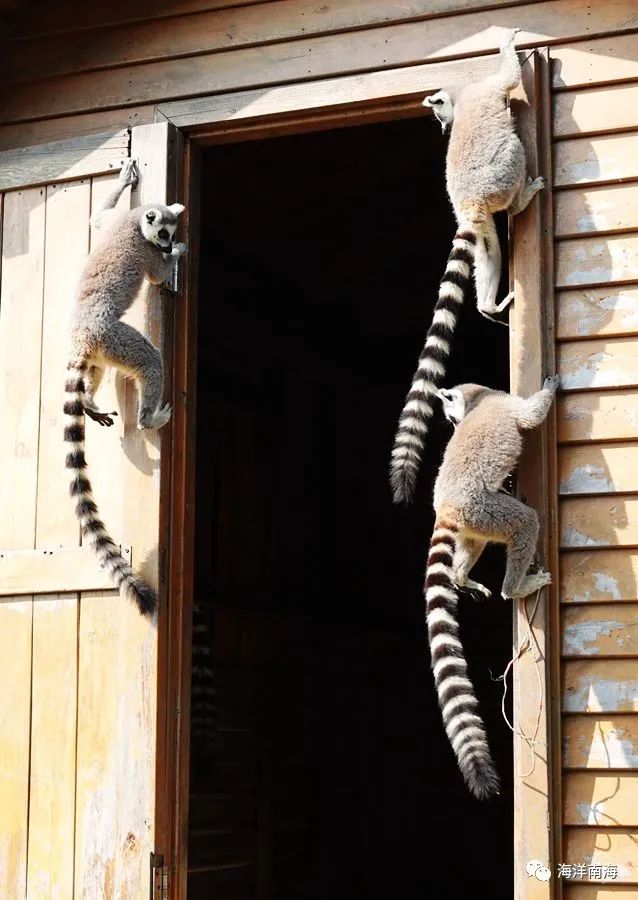 The forehead, the back of the ear and the cheek are white, which is in sharp contrast with the black snout and eye circles 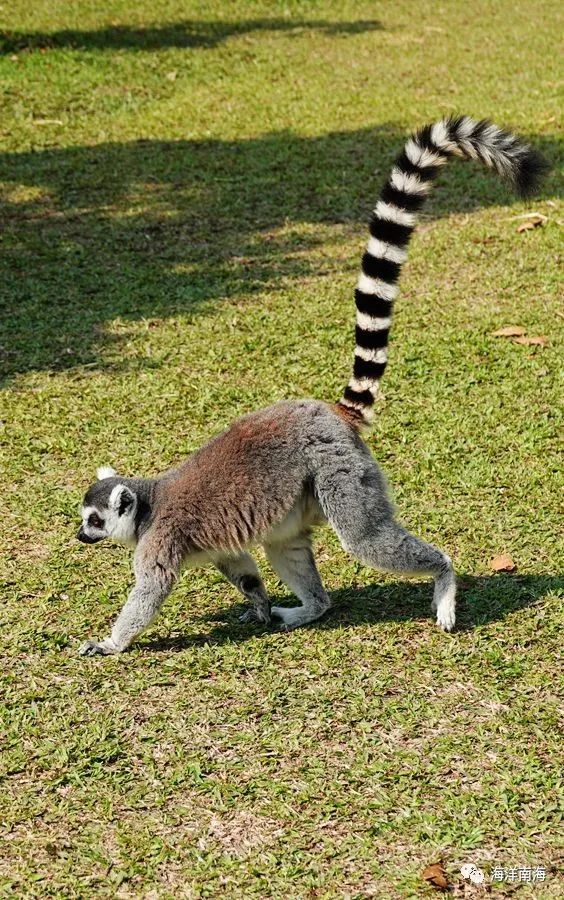 During the reign of Emperor Qianlong of Qing Dynasty, the ring tailed lemur appeared in the painting of Jiaozhi by the famous Italian missionary painter Lang shining 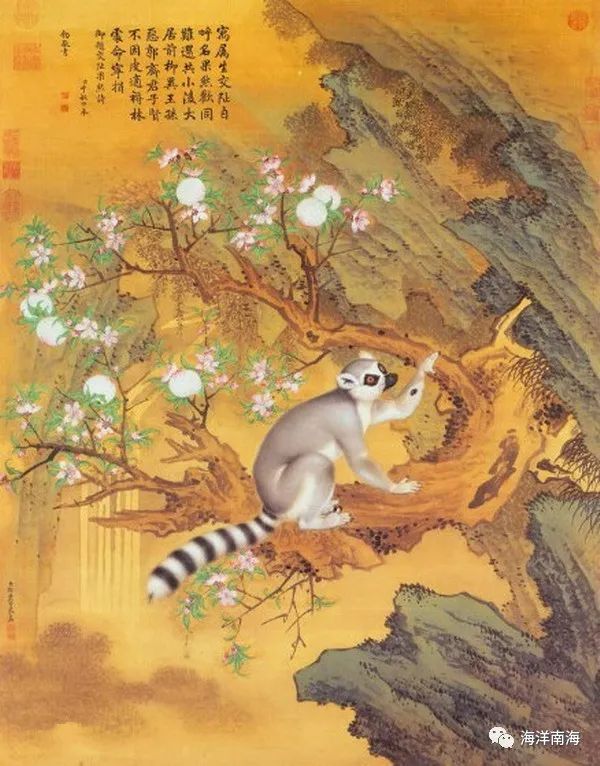 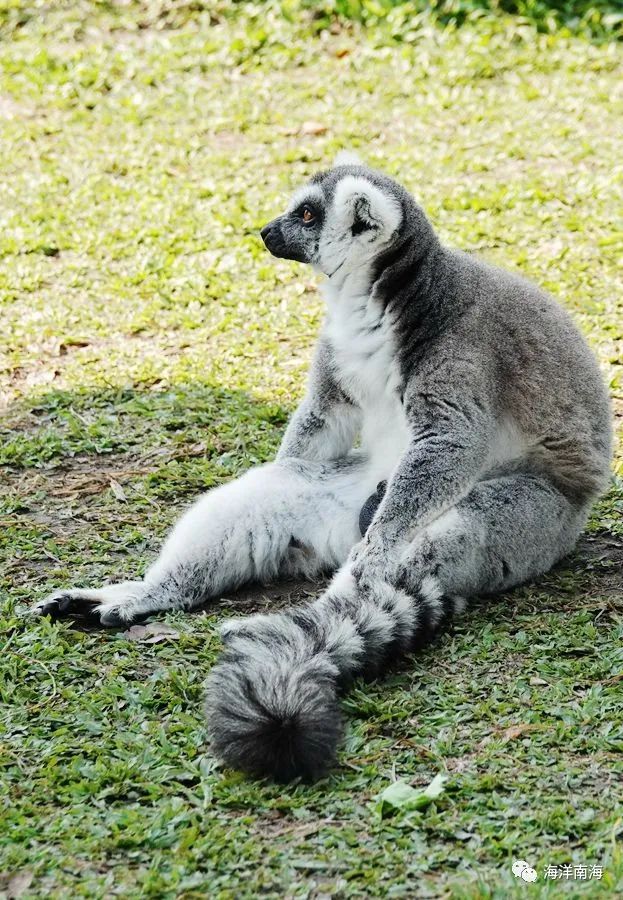 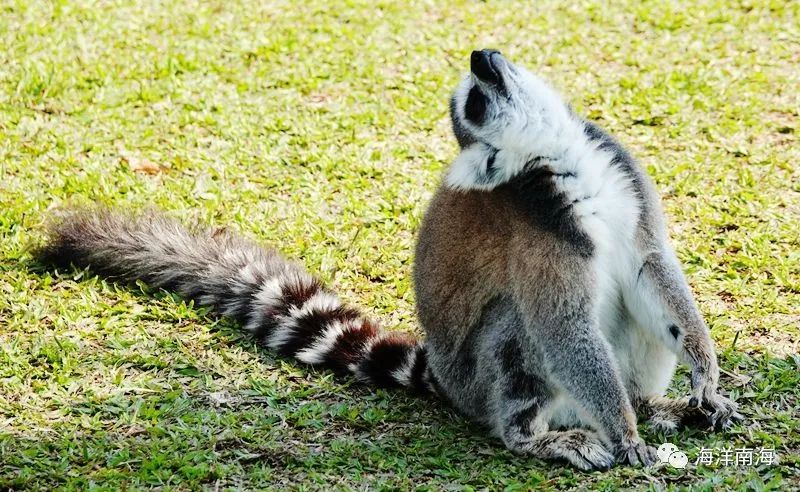 They can be found even in distant places 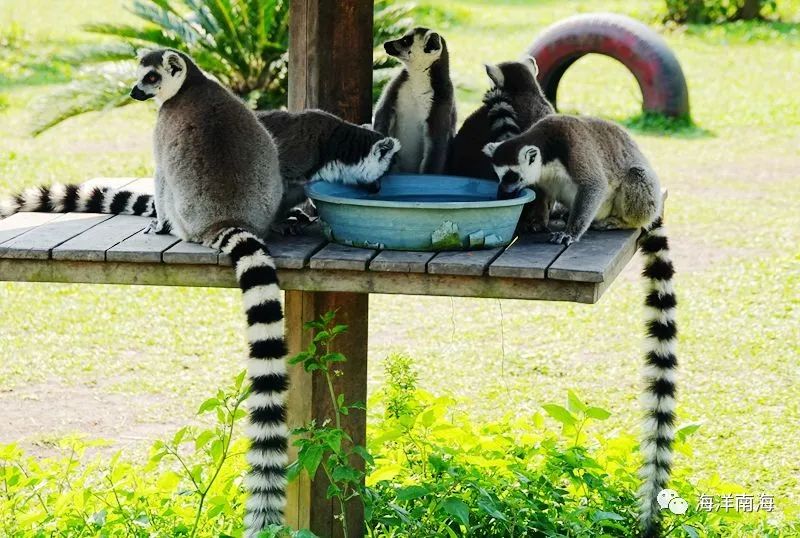 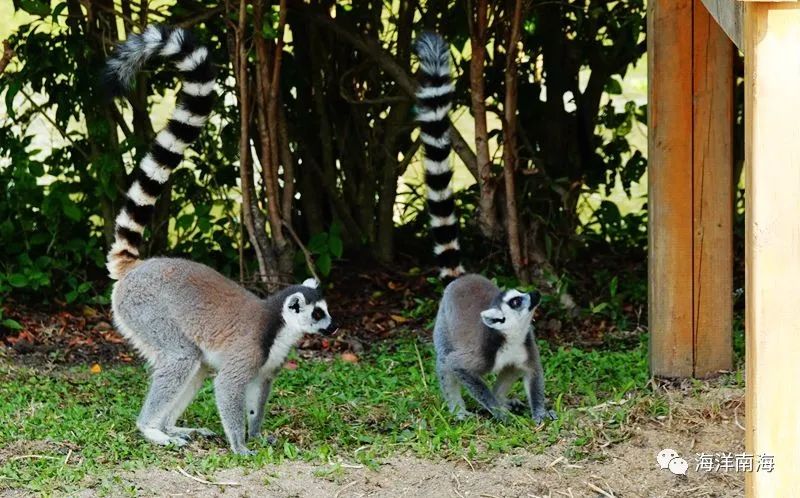 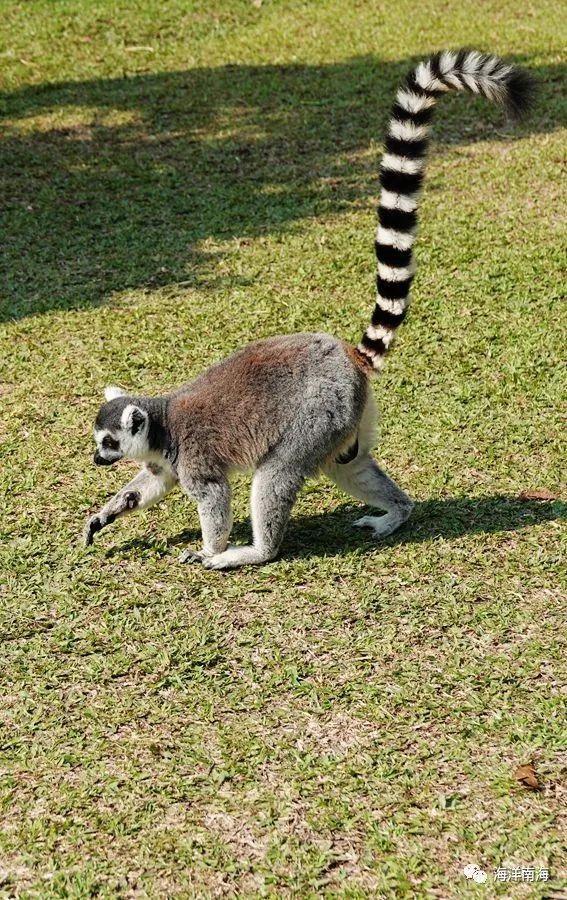 Each odor is as easy to distinguish as a human fingerprint, indicating the different status of its owner in the group 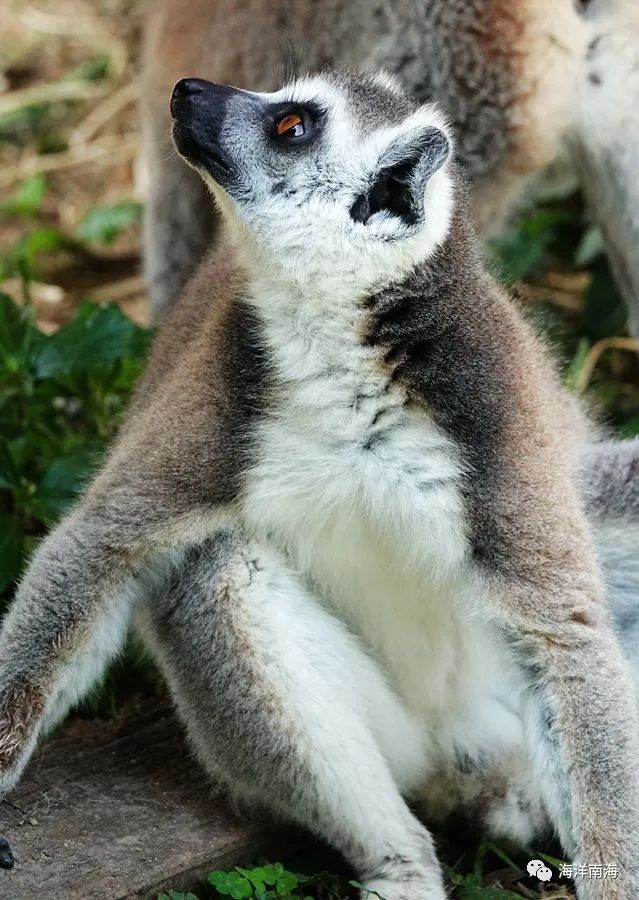 Therefore, the individual with broken tail will be in a very disadvantageous state in the group 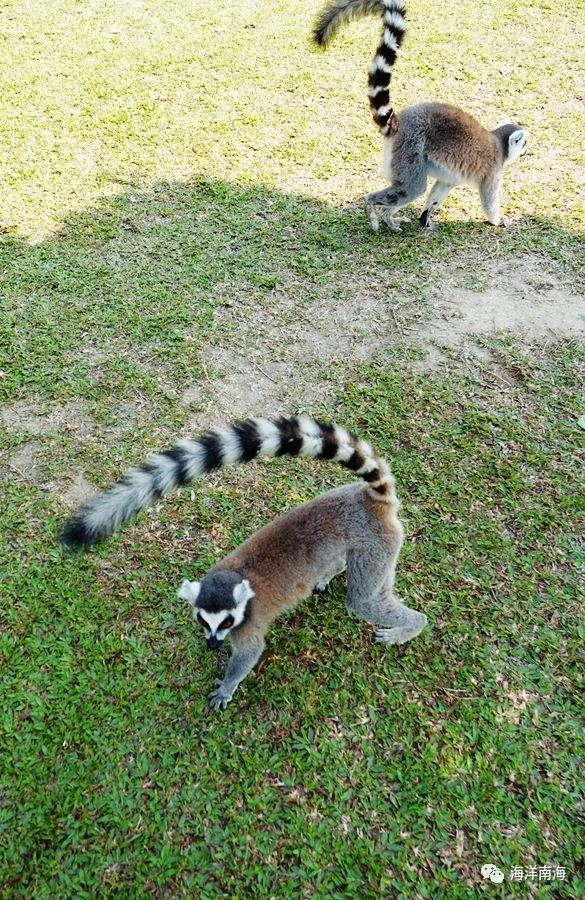 The ring tailed lemur’s hind limbs are longer than its forelimbs, so it has strong climbing, running and jumping abilities 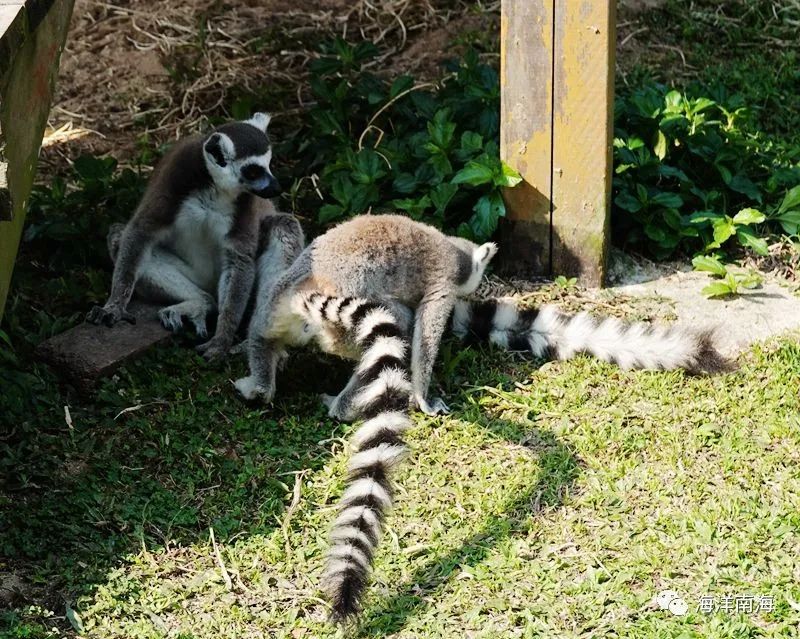 It can jump 9 meters between branches 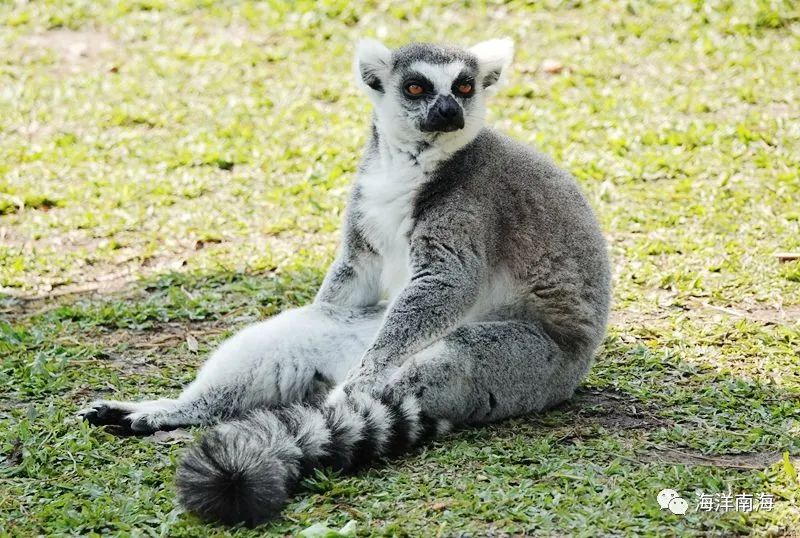 Its palms and soles are covered with long hair, which can increase the friction when taking off and landing, so as not to slip 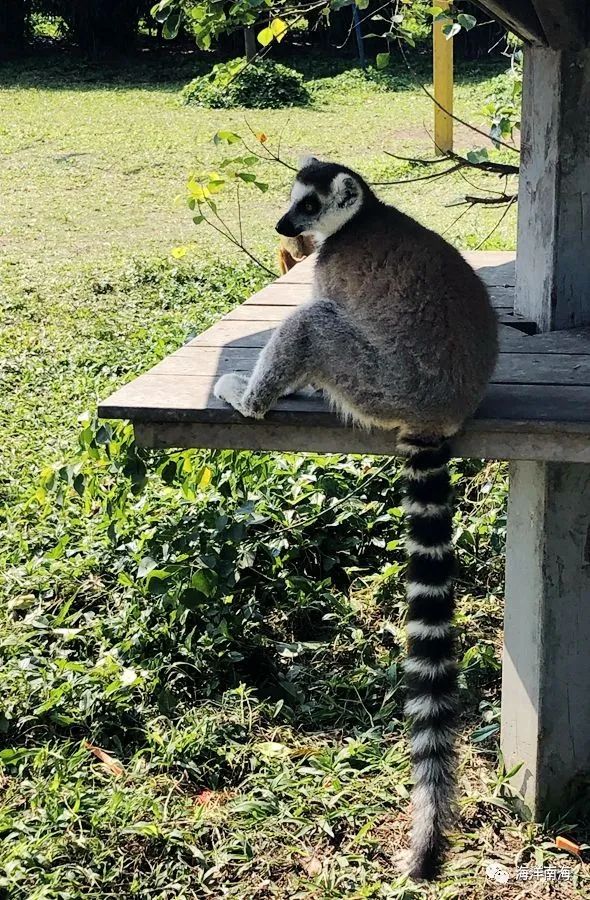 Ring tailed lemurs can even walk upright like human beings 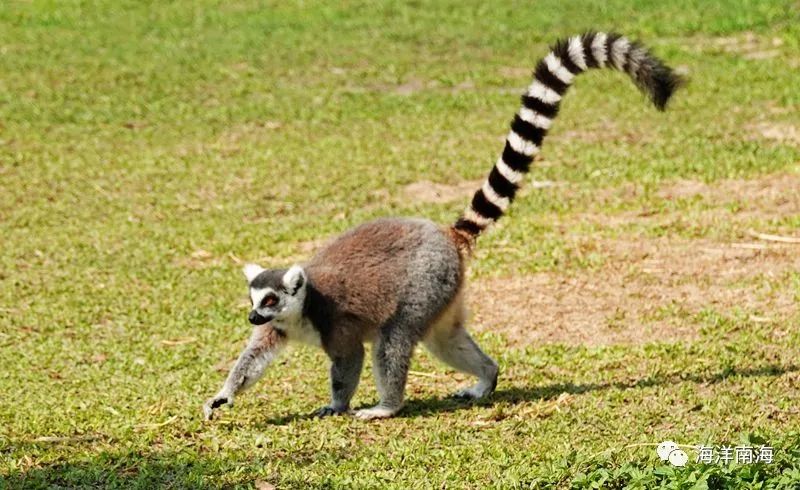 The balance function of long tailed lemurs can not be ignored 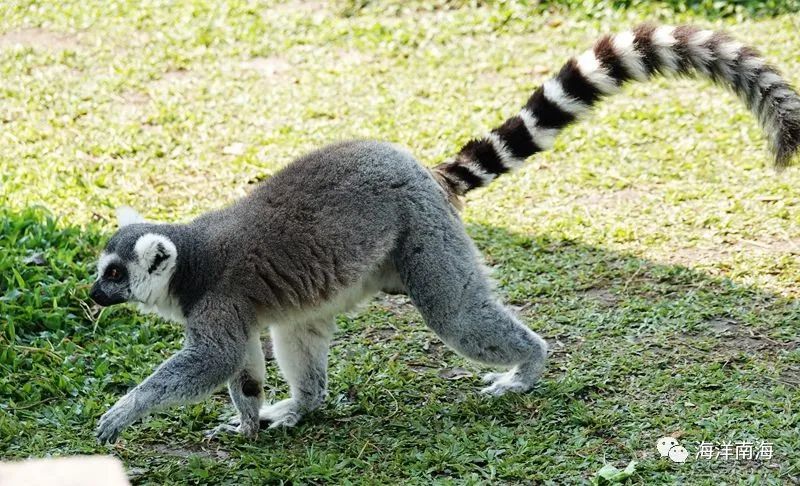 But because of its short, weak forelimbs, the ring tailed lemur falls back on its head and feet when it gets out of the tree 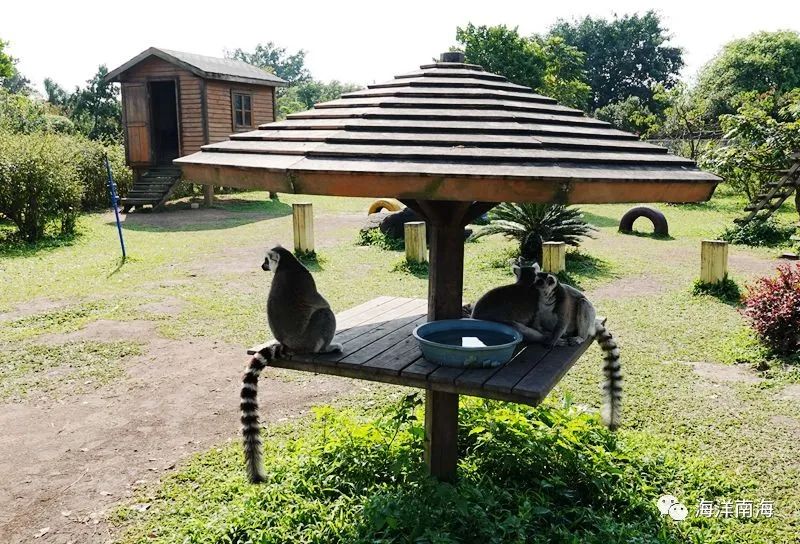 The ring tailed lemur is a more terrestrial lemur, belonging to diurnal animals, and is the only one that moves in the daytime 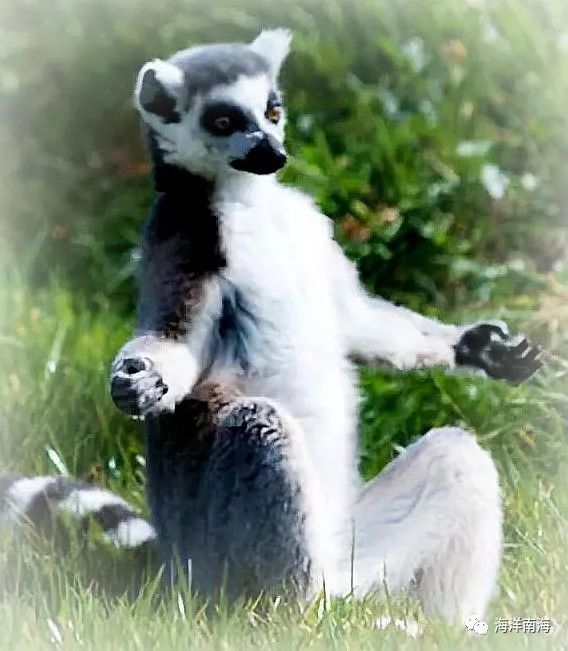 Gentle temperament, usually like to get together in groups activities 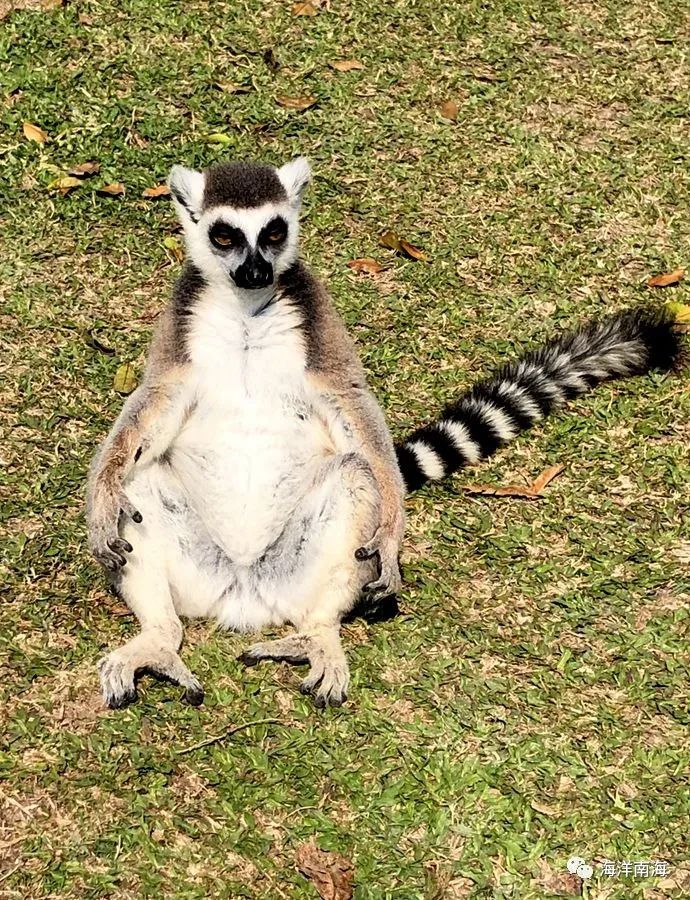 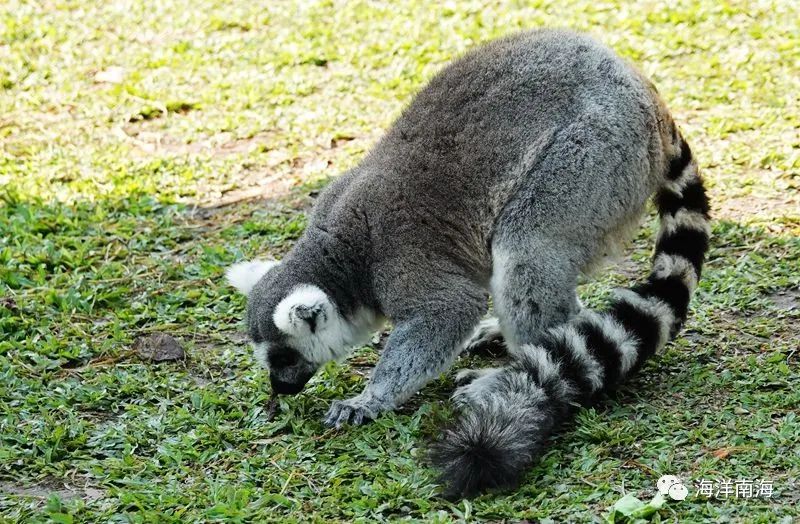 They are sexually mature at the age of 3 years, and most of them are twins 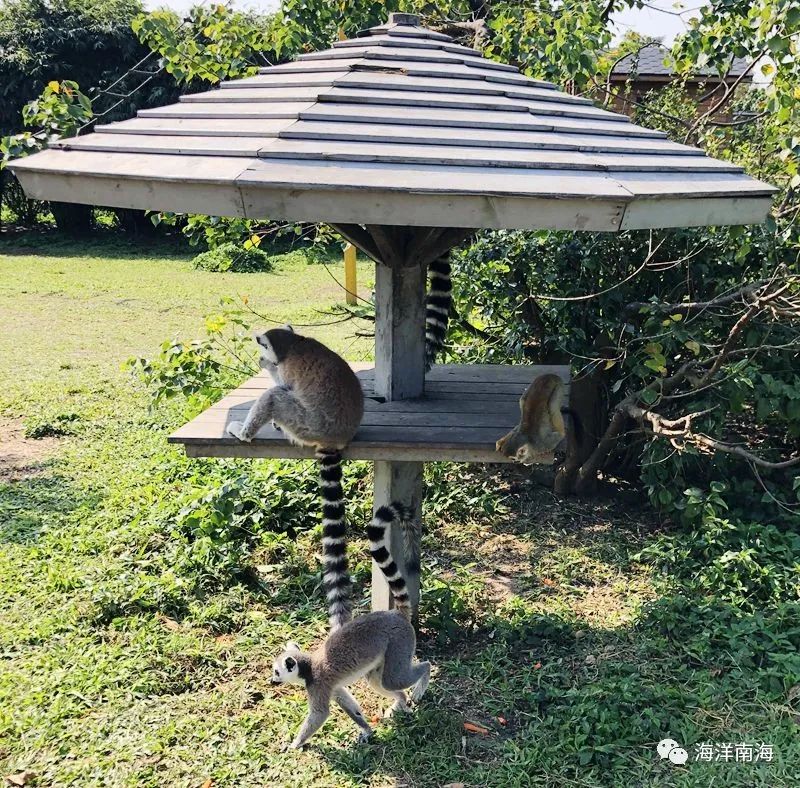 In mammals, the breeding period is the shortest, only two weeks a year, and the life span is about 18 years 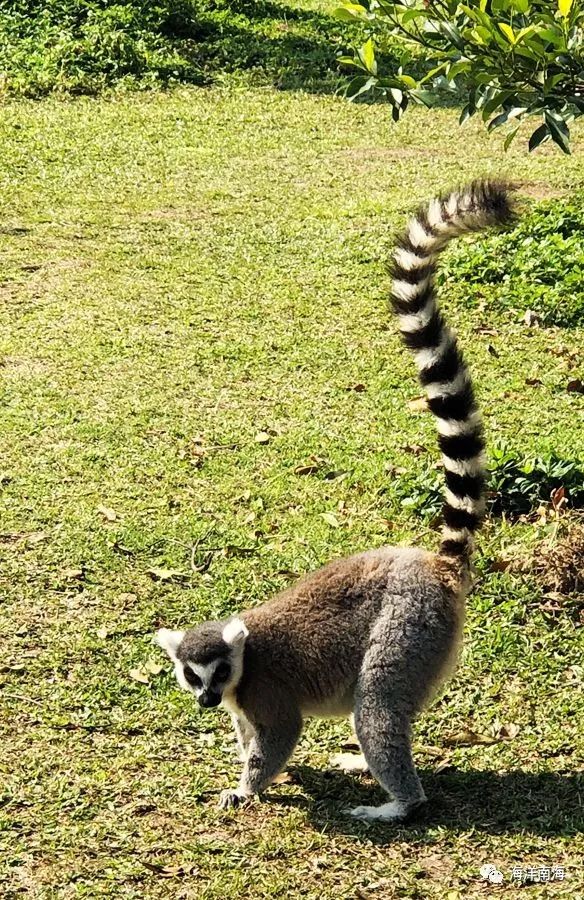 There are three odor glands in the body of ring tailed lemurs, which are distributed in the anus and armpit

One of them is male and female, and grows inside the wrist joint

In addition to being used as a tool to fight for females in breeding season, it can also be used as a weapon to resist enemies

When foreign enemies invade, the ring tailed lemurs bend their arms and rub their tails against their wrists and armpits to volatilize body fluids

The tail keeps swinging and fans the odor to the enemy

It is said that the effect is quite obvious

Ring tailed lemurs spend 3-4 hours a day on the ground picking fruit, drinking from a fixed water source, and often licking the dew on the grass, but never far away from the woods

In order to attract the attention of potential mating partners, male ring tailed lemurs adopt a peculiar method of “odor flirting” to improve the success rate of courtship

First, they grab their tails and rub the scent glands on their wrists

The dominant male lemurs also blow the odor to their competitors in the process of “odor flirting”, causing fierce conflicts

Meditation, in English, refers to the meaning of meditation

It is a skill and way to achieve meditation in yoga

It completely focuses on the heart, mind and spirit in the primitive beginning; The ultimate goal is to lead to the state of liberation

In their spare time, ring tailed lemurs often sit cross legged on wood or stone, facing the sun and meditating calmly, with their palms up, so that the warm sunshine spreads all over their chest, abdomen, arms and thighs, as if they are in a state of yoga meditation, so they are called “sun worshippers”

Look, the ring tailed lemur in front of us is entering a state of yoga meditation

Even if we take a picture of it around, it will not look up and pay attention to it

It is still immersed in its transcendental world of yoga meditation  （ Some professional descriptions and pictures are from the Internet; For more wonderful pictures, please pay attention to my Sina blog: http://blog.sina.com.cn/u/6046362147 ）。