Click “Ashtanga Yoga road” above to subscribe! Many people practice yoga to pursue “movement”-   Body flexibility and the ability to control body movement,   But yoga practice is not for “movement” but for “determination”  – It is not only for the body to have the ability to sit comfortably in meditation for a long time, but also for the stability of breathing and the fluctuation of mind 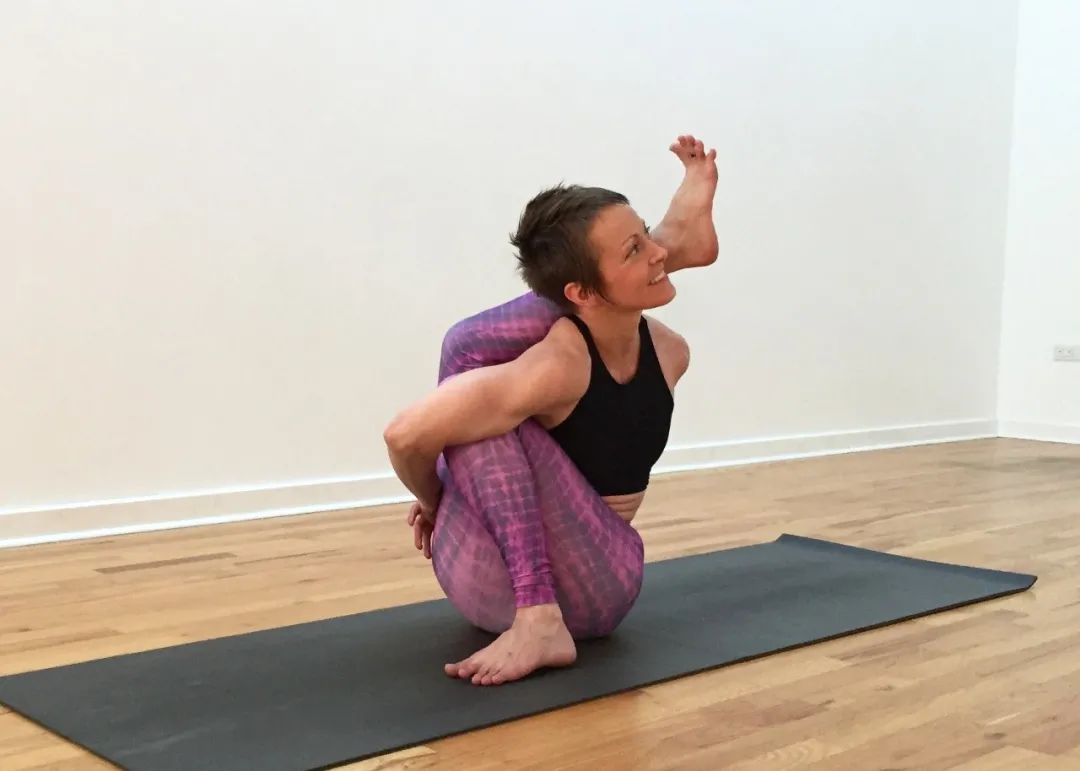 If you know the definition of yoga in the Yoga Sutra (1.2), this truth should not be difficult to understand

People, only when they are physically and mentally stable, can wisdom be born from their hearts..

Unless you can keep the glass quiet for a long time and don’t shake the glass for a while, you can’t let all kinds of impurities precipitate and get clear and transparent water

If you practice yoga asana for a long time and adhere to the practice of self-discipline according to the traditional method, “crotch opening” is a natural thing

Horsepower all the way to h (below)

In fact, all the way to such a difficult position is an Astanga Yogi practicing self-discipline according to the sequence, practicing “flowers” day by day for many years, And although such a difficult position can be achieved, it represents the position state of the practitioner after years of practice; But it is not the crotch that is the purpose; The practice of yoga postures is to create a body that can practice “determination”

When the crotch is opened to a certain extent, you don’t need the physical ability to pursue “determination” and “wisdom”

In other words, if you don’t sit down and practice, you’ll earn a lot of money and die without spending a penny

Buddha said: if you live a hundred years without wisdom and three flavors, it’s better to live a day with wisdom and meditation (Buddha’s Sutra of Dharma sentences, qianpin 111, translated by Ye Jun)

You can turn your hips 360 degrees, and how deep you wrap your feet around the back, how many people envy you

Unfortunately, many of our modern yoga practitioners do not understand this profound truth; Instead, the focus of yoga practice is to “open” the body here and there, and a place that yoga practitioners and teachers generally like to open is the crotch   Crotch opening is usually considered to be related to a specific group of yoga poses, such as frogs, pigeons, lizards and so on; In many cases, the meaning of doing this pose usually means the external rotation or abduction of the femur in the hip joint

These asanas stretch and relax the gluteal and hip external rotator muscles, which will increase the ability of the thigh to rotate outward in the hip joint

But in fact, I have written several articles about this concept before: as long as a yoga pose involves leg stretching, strengthening, or a group of muscles that affect countless components of any hip, in theory, it can be regarded as “hip opening” or “hip opening” pose

For example, warrior I, Warrior II, starting position, back bend..

These postures can affect the quadriceps femoris and hip flexor, both of which are crotch opening;   Even poses such as downward dog and triangle pose have a great impact on the flexibility of the hip

I call them “hip opening” or “hip loosening”

I wrote an article in the past named “50 degree gray of crotch opening” (read this article here) – this article describes the so-called crotch opening, which is the various directions of femur movement in the hip joint, so strictly speaking, it is an inaccurate verb to use the verb “on” (corresponding to “off”) to describe the improvement of hip movement performance, In fact, the flexibility and healthy function of the hip need all the “angles” mentioned in this article

So “crotch opening” is a big misunderstanding of yoga

As soon as people hear this password or vocabulary, they will immediately think of a narrow concept of “crotch opening” – usually focusing on the gluteal muscles and the muscles outside the crotch (read this article to see what the ghost is usually); But what yoga practitioners and lovers really need to understand is a complete concept of “hip opening” or “hip opening” – and this hip opening or hip opening is related to the essence of Yoga inherited so far – this is to comprehensively obtain the exercise ability of the hip, so that the hip can be competent for the most awesome, difficult and challenging yoga The most ultimate.

(a sign of yoga with a quiet sigh, but the least dazzling value): sit straight and sit well

Speaking of this, you know that many people’s yoga practice has gone too far

Some people can do strong handstands and fancy arm balance..

In fact, only when fully opening the hip can help yoga practitioners comprehensively and completely physiotherapy the body, so that the hip and body can have an appropriate range of motion in very challenging meditation, and the human body can get a better order in standing three-dimensional posture and arm balance

In this way, hip injury and instability caused by excessive stretching can be avoided

However, those who lack the mobility of hip (hip) will gradually find more hip flexibility with the accumulation and time of practice; Finally, some people need to accept the lack of flexibility of their hips no matter how they practice, because the shape of the femoral head and femoral neck in the hip glenoid determines how far she finally drives (read this feature article)

If “crotch opening” is understood as a narrow concept among the people, it will inevitably deviate and become crotch pulling or bullshit in the face of various different situations in the reality mentioned above

In fact, the real determination has nothing to do with Hui and a very “open” hip

Although a person’s crotch “opening” can still bring good conditions for Yoga spiritual practice, if you can sit comfortably and meditate stably for a long time in meditation and other spiritual activities, it will lay a good foundation for the more fine energy flow in the body

Another saying is that the release of hip muscle tension is often accompanied by the release of emotion, because many old emotions such as tension, fear, pain and so on are solidified in the body and beyond the scope of the brain; But not everyone can experience the so-called “emotional release”, because maybe you are just too uncomfortable to cry as a pigeon

Release emotions? Maybe you can’t experience it at all, either because there is no emotional inventory or it is hidden too deep

Annie Wei, if your crotch opens every day, or “can’t open”, it can’t mean that you will lose at the starting line of running to enlightenment

You can also support your meditation sitting posture through various variants and auxiliary methods, or find the most suitable way to complete the posture, so that energy and awareness will not stay in an individual part of the body.