Honey, is there a moment when you especially yearn for other people’s life? Envy others to live the way you want? Some people say that since going to work, the most admirable thing is the woman who adheres to self-discipline. 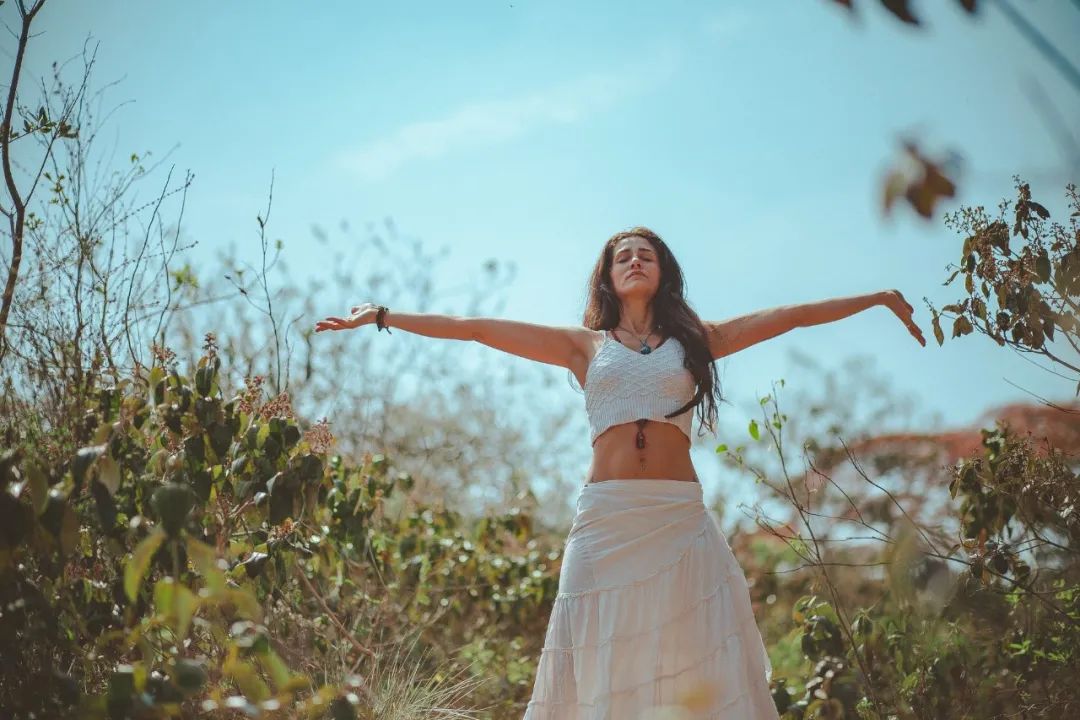 No matter how the external environment changes, she can always do things without surprise, waves remain unchanged, and look like a lake of peaceful and warm spring water. 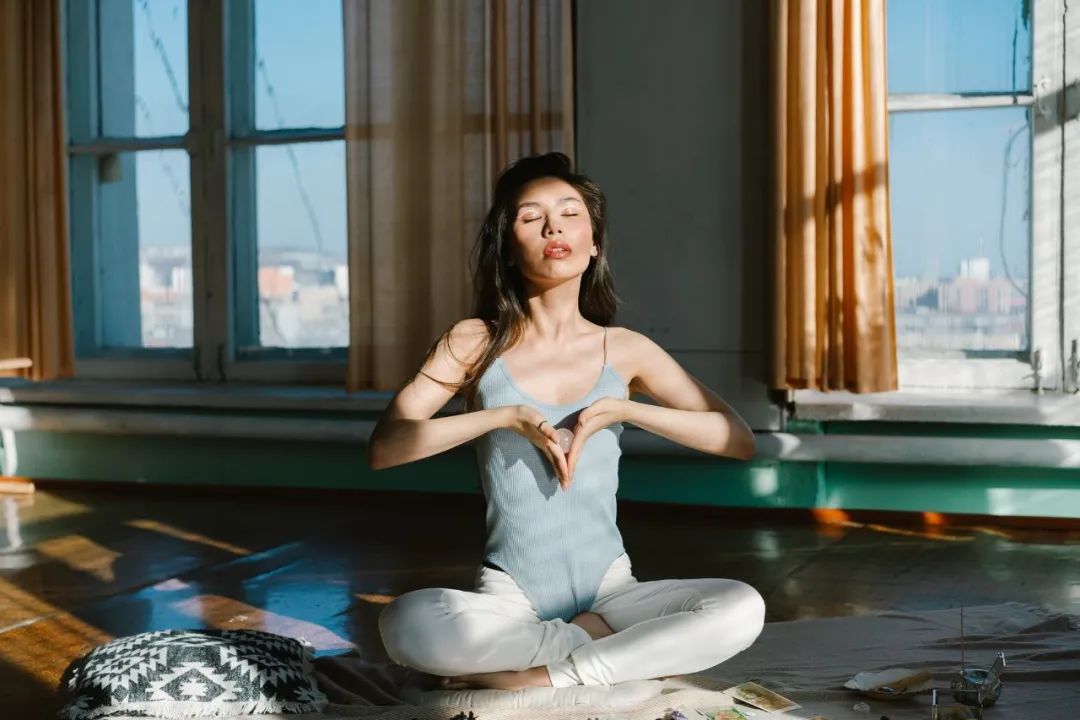 This kind of woman has a story in her eyes, but there is no wind and frost on her face. 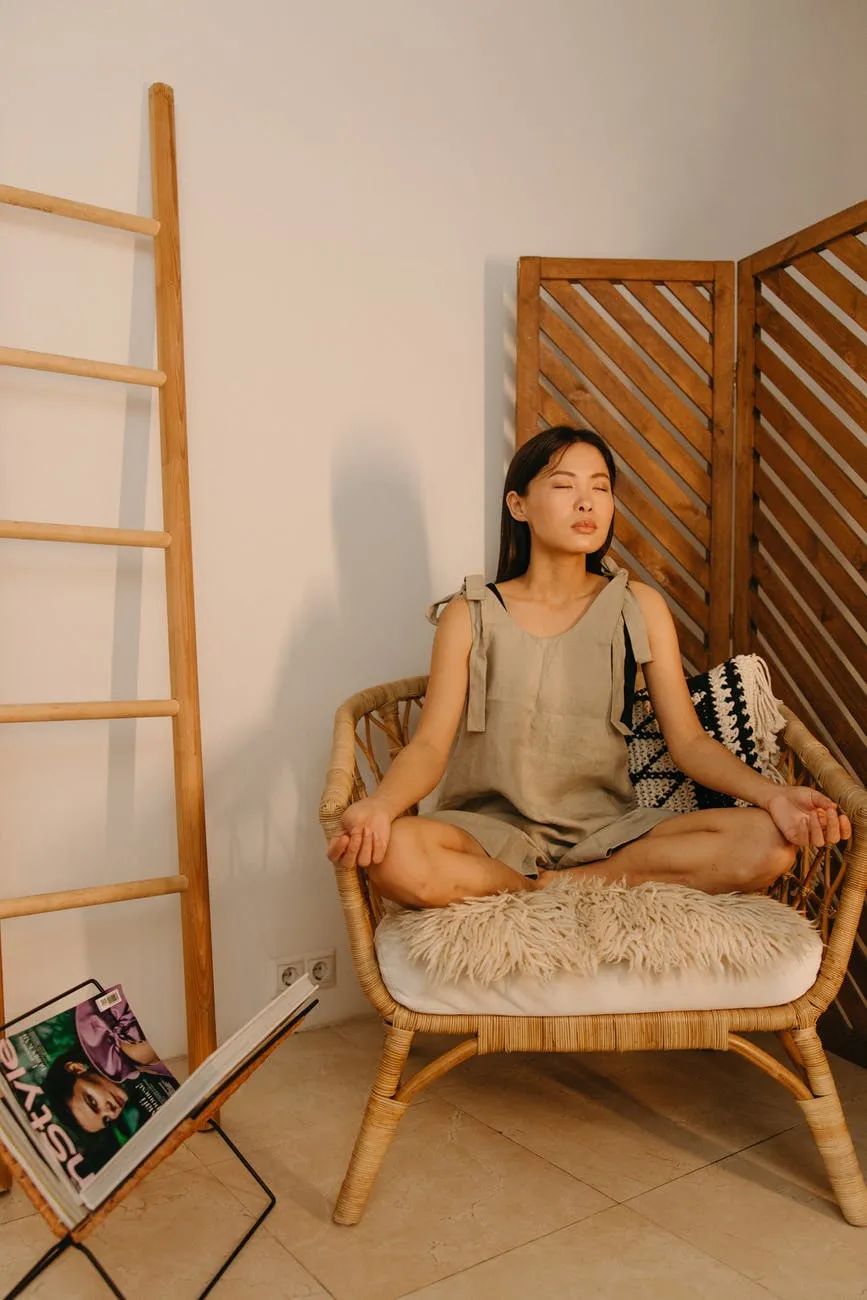 With the precipitation of years, she lives more and more elegant and charming. 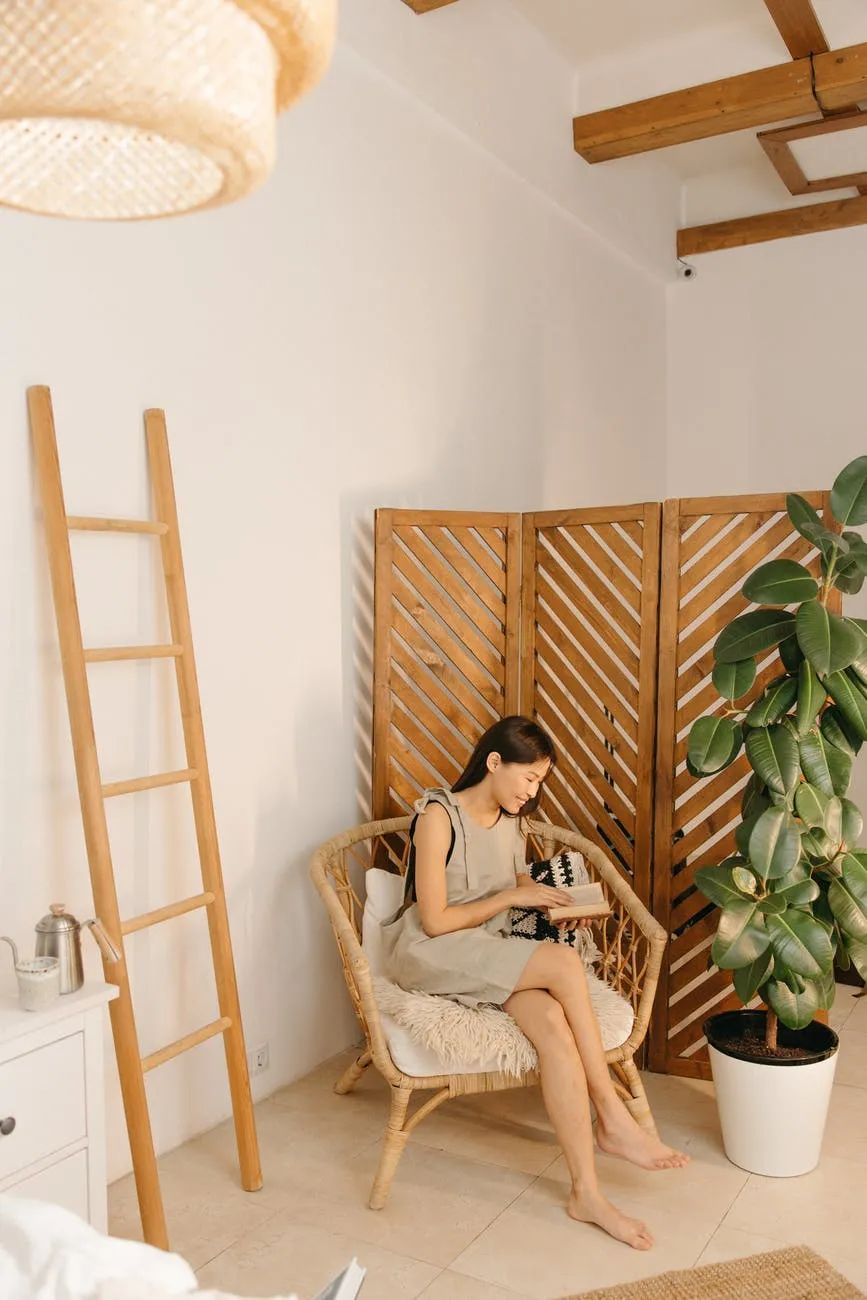 I have an old classmate Qingqing, who is such a woman. 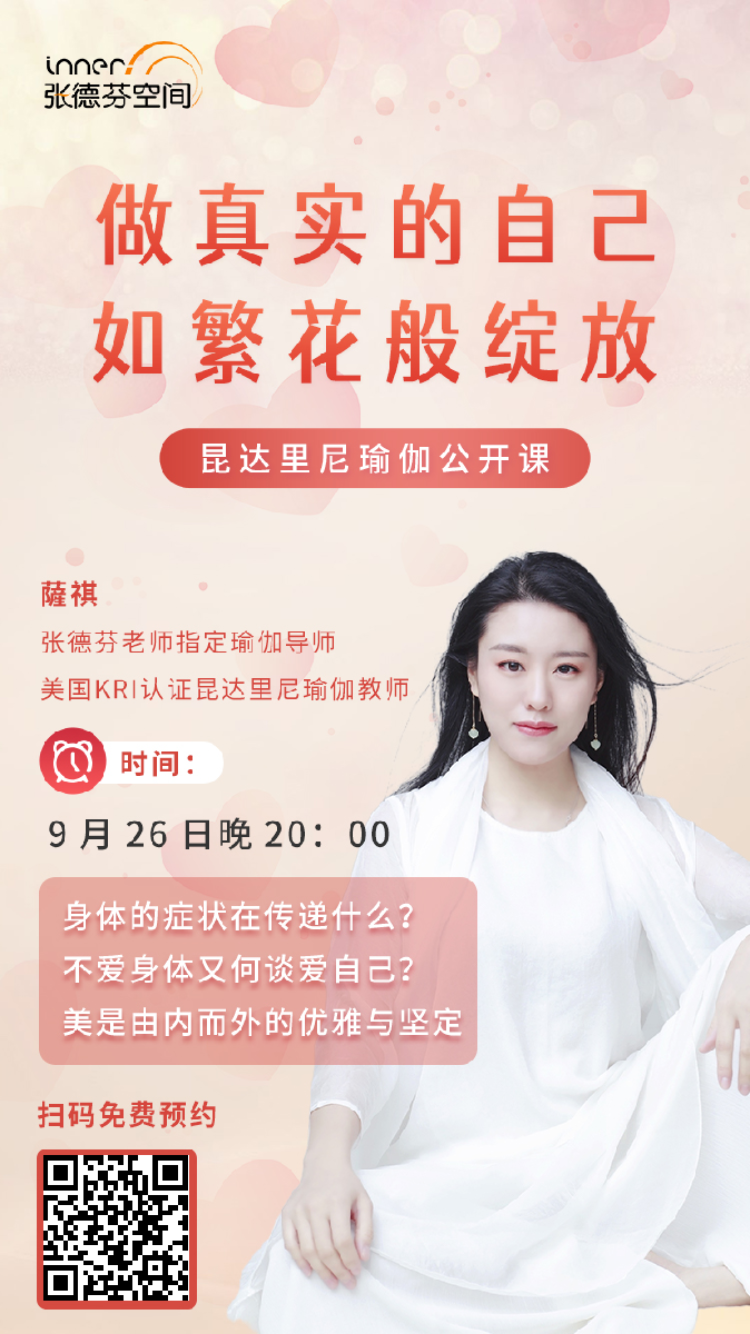 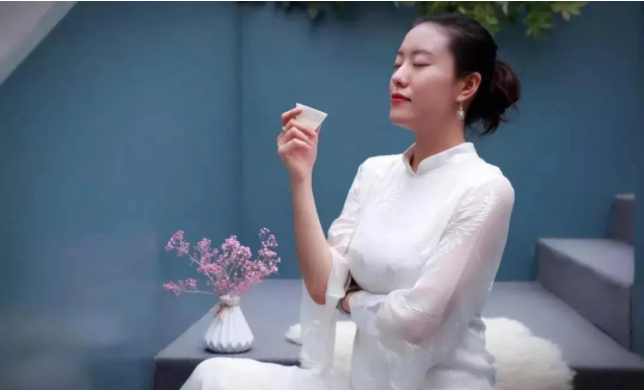 She is the mother of junior high school students, but she is not in good condition. 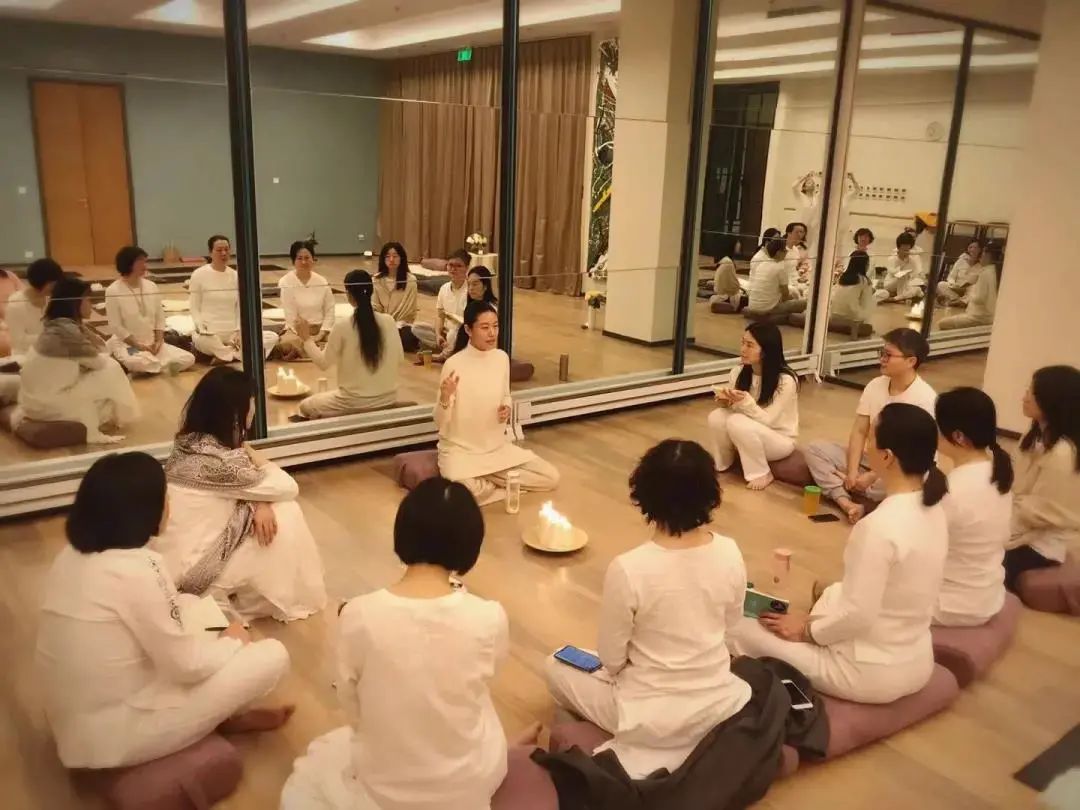 She only wears a ponytail every day, which is not good-looking, and the whole person is full of vitality; Not to mention her figure and temperament, she is more outstanding than when she was young.

Even wearing a thick coat, she can’t hide her slender and promoted posture; What people yearn for most is that when they get along with her, she exudes that kind of quiet and indifferent atmosphere, which makes people invisible and infected.

Many people will think, is this temperament natural? Not really.

Qingqing said that her state was completely raised the day after tomorrow: when she was in her early 30s, her life was still in a mess.

She was consumed by work and life every day.

She was busy and couldn’t care about herself.

She felt sour back pain and uncomfortable stomach from time to time, which was never serious; Until later, there were more and more problems.

She blackened her eyes as soon as she stayed up late, panted after a few steps, and her mood was even worse.

A little thing could make her irritable and angry; After a long time in this state, her relationship with her husband and her rebellious son was also in dire straits and always quarreled…

She finally realized that she could not continue like this! At that time, a friend asked her to try Kundalini Yoga, saying that it did not pursue difficult postures, but focused on breathing, chanting and meditation, which could guide the connection of body and mind faster, adjust our body state, emotion and energy more quickly and effectively, and achieve internal harmony and stability.

As the Yoga Classic says, “12 years of Hatha Yoga plus 6 years of emperor yoga, plus 3 years of Sanskrit yoga and 1 year of Raja Yoga, the effect is equal to practicing Kundalini Yoga for 1 year.” after listening to her friend’s amazing words, Qingqing followed with skepticism, but it was not smooth at first.

She felt she couldn’t put it away at all and wore tight yoga clothes, It made her hunchback, belly and butt collapse.

She didn’t feel it before.

At this point, she felt terrible.

But the teacher told her that this was actually a manifestation of his loss of contact with his body.

Because she hasn’t had a good sense of her physical state for too long, she will feel awkward and uncomfortable just a little.

If you want to establish a better connection with the body and regain control of yourself and body and mind, you must learn to look at yourself in yoga and get back your own self-confidence and strength.

Therefore, under the guidance of the teacher, starting from breathing and meditation, Qingqing began to learn to put aside the thoughts that upset her and put her consciousness back to her body.

At the same time, with some asana exercises, she feels more and more physical and mental stretch and emotional relaxation.

Miraculously, with the deepening of practice, she really felt the connection between herself and her body.

Without looking in the mirror, she could clearly feel the rotation and expansion of every muscle and bone of her body, not to mention the detailed feeling brought by each action…

Later, she gradually fell in love with the feeling of doing yoga and not only took classes on time every week, I also take time to practice at home every day.

In this way, she found that her body was getting better and better, many small problems disappeared, and her body naturally became slender, tall and stretch; Her personal state is better, her mood is more and more peaceful, and her relationship with her family and husband and interpersonal relationship have become better than ever before.

Qingqing said: I believe more and more that the earlier you practice yoga, the more you can benefit from it! In fact, Qingqing is not the only one who has practiced Kundalini Yoga for more than ten years.

It is also because she met Kundalini Yoga that she was able to get out of the trough of life and live a woman’s best state.

Once, because of a serious illness, her life and career were stuck, and her life fell into an unprecedented crisis.

I didn’t think about it.

It was because of this disease that she returned to her inner awareness.

Since then, after more than ten years of continuous practice, she put down her external demand for “brain” and began to focus on the inner view of “heart”.

Through years of practicing Kundalini Yoga, she regained her strength and completely changed the track of her life.

She was not fit for pregnancy because of her poor health, but through long-term regular practice of Kundalini Yoga, her body was slowly recuperated and gave birth to her baby smoothly, which was also praised by the doctors; Because Kundalini Yoga is the highest technology to awaken awareness, she continues to feel the rising power of her inner self in the process of inner outlook, conquers fear and disease, and blooms strong vitality.

Now she has transformed into a private yoga teacher designated by teacher Zhang defen and a Kundalini Yoga teacher certified by kri in the United States.

She has led tens of thousands of students into the world of yoga, helped them open their internal potential and cleaned up deep restrictions and wounds.

It is precisely because Kundalini has changed his life that Mr.

saki is also determined to bring it to more people.

Now, in order to let more people feel the magic of Kundalini Yoga and help everyone find their awareness.

Zhang defen space specially invites teacher saki to bring you an open class of Kundalini Yoga to be yourself and bloom like flowers for free.

Zhang defen once said, “when you start practicing yoga, your age will stop.” there is no doubt that the basic function of yoga is to help you improve your bad posture, but compared with other difficult postures emphasized by yoga, Mr.

saki will use what he has learned to design a set of movements with low difficulty But more effective asanas.

Let your body become light and compact, and change your appearance, body and temperament from the inside out.

Gain awareness in the Yoga system, earth, water, fire, wind and air are the five basic elements that control our different life energies.

In this open class, Mr.

saki will mainly explain the elements of wind for us.

It represents our body’s emotions, breathing, thinking and other energy.

Kundalini Yoga attaches great importance to the state of body and breathing in the process of practice.

saki repeatedly stressed: “where we breathe, we are.” by observing our breathing, we can be aware of our internal state and adjust in time.

To gain a sense of control over life, the body is the first channel for us to connect with the outside world.

saki believes that every woman has a steady stream of energy in her heart.

Only through the awareness and control of the body can we skillfully and effectively use the inner energy.

Here, with the help of Kundalini Yoga, saki will teach you the experience accumulated over the years and teach you how to regain the initiative in life through yoga.

Honey, if you want to be beautiful secretly and surprise everyone.

Then, don’t miss the live open class of Mr.

The big coffee tutor takes you to feel the charm of Kundalini Yoga ▼ long press to identify the QR code below and make an appointment immediately    Click“.