From a biomechanical point of view, tight posterior leg muscles will affect the position of the pelvis, especially when bending forward, which will further affect your lumbar spine. 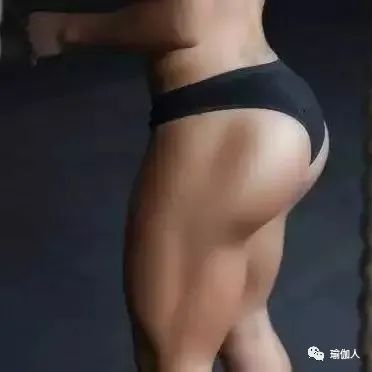 Because when the tight posterior leg muscles pull the sciatic tuberosity, it will cause the pelvis to lean back.

(refer to figure 2) the effect of tight posterior leg muscles on yoga practice.

When the pelvis tilts back, the lumbar spine bends forward.

This means that if the hamstrings are tight, we are standing and bending forward, and more bending comes from the lumbar spine.

Conversely, when the hamstrings are flexible, the pelvis can tilt forward so that the forward flexion comes from the hip, not the lumbar spine.

This interaction, known as the rotational pelvic rhythm, is how the pelvis and lumbar spine move relative to each other.

Ideally, we want forward flexion to come primarily from pelvic motion (pelvic advantage) rather than the lumbar spine (lumbar advantage).

Discussion on tight hamstrings, pelvis and lumbar spine in the first literature, the relationship between lumbar pelvic rhythm and posterior leg muscle group was discussed.

They found that “there are two modes of lumbar pelvic rhythm – lumbar dominant and pelvic dominant.

In the population with soft posterior leg muscle group, it is mainly pelvic dominant.

With the increase of the ductility of the posterior leg muscle group, the alignment of the thoracic spine curve becomes better when the subjects perform the maximum trunk flexion test, and the pelvis tilts forward significantly.” Figure 1 shows the effect of the soft posterior leg muscles on the pelvis…

Figure 1 shows how stretching the hamstrings releases the tension of the sciatic tubercle and allows the pelvis to tilt forward.

This is the so-called femoral pelvic rhythm.

Figure 2: hips: the tight hamstrings pull the pelvis back and tilt the lumbar spine Motion is coupled to flexion.

This is the rhythm of the lumbar pelvis.

Studies have shown that stretching your hamstrings can help reduce the tension of the ligaments and the lumbar intervertebral disc.

Figure 3 Figure 3 shows the pressure on the intervertebral disc in the sitting position during lumbar flexion.

Anatomy of the posterior leg muscles.

The hamstring muscle consists of three independent muscles: the Semimembranous muscle, the semitendinosus muscle and the biceps femoris.

The head of the biceps is long and short.

The head of the biceps is long and short Semimembranous, Semitendinosis and biceps longus originate from the sciatic tubercle (Ischia).

The short head of biceps brachii originates from the back of femur (thigh).

The two heads of the biceps are connected into a tendon and inserted into the fibular head on the outside of the knee.

The main function of the hamstring is to bend the knee.

Secondary actions include extending the hip and rotating the knee…