Practice Yoga: why do I say that women must practice adductors more, especially those who have had babies

In this article, let’s talk about the muscle group located on the inner side of the thigh: adductor muscle. 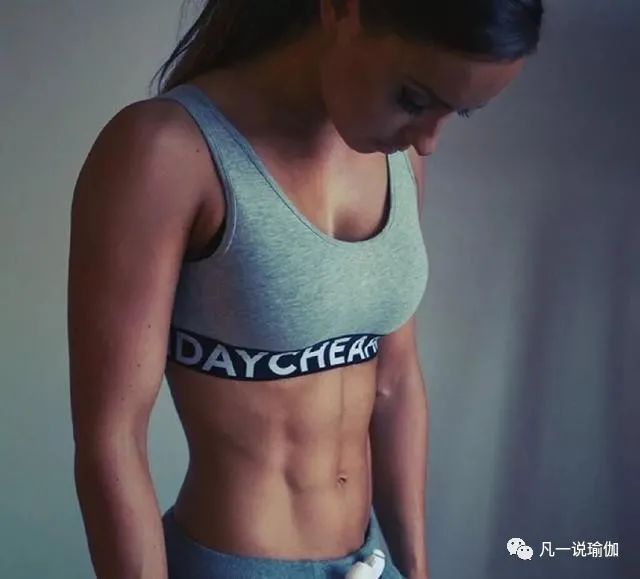 Before talking about adductor, let’s briefly talk about some human parts and concepts.

The lowest bone of the pubic pelvis.

We often talk about rolling the tail bone and lifting the pubic bone in yoga practice, and we also talk about pubic separation in women’s postpartum repair.

It’s all about this part of the bone.

Pubic symphysis, pubic separation, we know that the pelvis is composed of two symmetrical parts.

The pubic bones are connected at the bottom left and right sides of the pelvis.

When women give birth, the pubic symphysis will be separated and widened to facilitate production.

The pelvic floor muscle holds the bottom of the container like a net to support the organs in the pelvic cavity.

The pelvic floor muscle is loose and weak, and the organs in the pelvic cavity will sag and shift, resulting in a series of problems.

At the same time, the pelvic floor muscle is still part of the core.

If the pelvic floor muscle is weak, the core will be affected.

You can’t make it weak and loose.

Otherwise, it will cause a series of unspeakable problems.

Now let’s go back to our topic thigh adductor.

If it is a muscle group, it is certainly not a muscle.

In fact, we don’t need to know which muscles there are, but one thing you should remember: the starting point of these four muscles is all on the pubis and the ending point is all on the thigh bone.

To put it bluntly, this muscle group is tied to the pubic bone at one end and the thigh bone at the other end.

You can imagine that there are several ropes tied between the pubic bone and the thigh bone, which is probably the image below.

Let’s then think about what happens if the rope is tied loosely: is it difficult to play a fixed role; If the outside of the outer thigh is tight and the inside is weak, the possibility of pubic separation due to bilateral imbalance is greater; The separation of pubic bone will affect the activation and function of pelvic floor muscle…

These are the effects on our human health and physiology, especially on women.

I said that women must practice adductor more, especially when giving birth to a baby.

Adductor also affects our leg shape and the main culprit of worship meat on the inner side of thigh.

I’ve shared before why you can’t get down the last ten centimeters of a horse is caused by adductor muscle.

If you are interested, you can have a look.

The link is as follows: spend so much time talking about these, hoping to attract everyone’s attention to the adductor.

Let’s take a look at the actions to strengthen the adductor.

Incidentally, to strengthen a muscle, we should start from two aspects: increasing flexibility and strength.

We say yoga asana is the combination and balance of strength and flexibility.

Let’s first look at the actions to increase adductor flexibility.

All the movements of stretching the inner thigh and keeping the thigh away from the body can increase the flexibility of adductor muscles.

Sitting angle, sitting on a cushion, with the pelvis straight and the spine straight.

Open the toe hook parallel to both sides, and push the big toe ball to the distance.

When inhaled, the spine extends.

As you exhale, rotate your pelvis so that it leans forward and your body bends forward to its own range.

Hold for about 3 minutes.

It’s impossible to have flexibility without strength.

What we said above is only stretching the adductor muscle.

It’s impossible if we don’t have strength to take it back, isn’t it.

Let’s take a look at the training actions to strengthen adductor strength.

I’d also like to introduce you to an action, holding the ball inside your thigh.

In the figure below, sit at the front of the chair, let the sitting bone lean towards the front edge of the chair as far as possible, bend both knees, and the knee toes face directly in front.

A yoga ball of appropriate size is clamped on the inner thigh, and the distance between your feet is adjusted according to the size of the yoga ball.

When exhaling, keep your feet and knees still, and put a yoga ball in the middle of your thigh for about ten seconds.

When inhaling, restore and cooperate with breathing to do three groups, 10 to 15 times in each group.

In addition to targeted training, we should learn to activate the inner thigh muscles at any time in the process of yoga.

Although many people have been practicing yoga, they are still loose because they can’t get exercise on their inner thighs.

Why? Because you don’t use the inner thigh at all in the process of practice.

It seems that you are practicing yoga, but you can’t use the muscles you can’t use at ordinary times, which can’t exercise, strengthen, supplement and balance.

A very simple way: during practice, stepping down on the big toe ball helps activate the inner thigh muscles.

Adductor has a much more important impact on leg lines, daily life, pelvic visceral organs and yoga postures than you think.

It is recommended that you practice adductor more, especially women.

Pay attention to everything and share health and beauty!..