In 2022, a new film “welcome to yoga village”, a film that tells a true story of poverty alleviation. 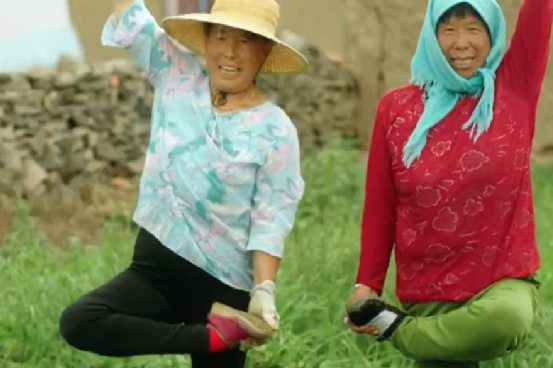 Lu Wenzheng, the first Secretary of poverty alleviation, was a physical education teacher before going to the village to help the poor.

The village is full of old people and there is no labor force.

In order to get rid of poverty, Secretary Lu thought of a yoga plan to strengthen the body by teaching the old people to practice yoga, so as to obtain income through labor.

The first thing Lu Wenzheng did when he took office was to distribute yoga mats to the villagers.

Secretary Lu visited every household in the village to understand the situation.

He was able to get along with the poor people without airs.

This is not what every first Secretary can do.

Many first secretaries like to put on the airs of urban people in the village and can’t integrate with the countryside at all.

Three years in office is just gilding, A first secretary like secretary Lu Wenzheng is worth recommending.

The villagers who received the yoga mat began to practice yoga every day.

Over time, their body became better and gradually became the first yoga village.

In order to get rid of poverty and get rich, Secretary Lu applied for 100 kg of quinoa seeds to be distributed to the villagers for planting free.

Compared with the previous planting of potatoes, the price has increased 10 times, and the income of the whole village has reached hundreds of thousands of yuan, which can basically solve the problem of poverty.

The old people in the village practice yoga while planting quinoa.

The two combine to strengthen their body.

Finally, yugouliang village has achieved a bumper harvest and is also famous for yoga.

It performs yoga on Provincial TV.

Poverty alleviation or Rural Revitalization need to be implemented according to specific conditions, and more importantly, the first secretary in charge…